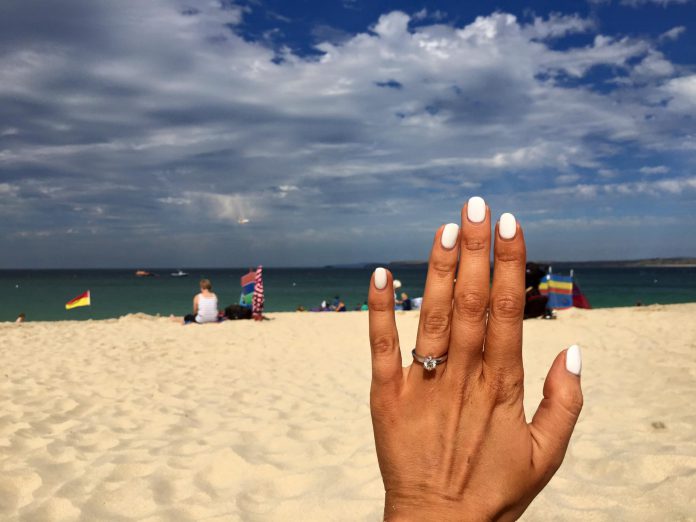 HANGOUT: Kino Rye is a great summer spot. I love tea and cake on the patio in the daytime. And pre-film Pimms on the mezzanine in the evening.
I went to see the devastatingly brilliant Amy there and left in tears. I’ve been a huge fan of Amy Winehouse since her album Frank was released.
One night, years ago, I was lucky enough to have met her at a house party. After agreeing to poke me, twice, as I requested, she said “Let’s go in here.”
We sat on a sofa talking rubbish, really, but it meant a lot at the time.
She was beautiful, skinny, messy, sweet, obsessed with Blake and not even a little bit full of herself.
I busted my knee open that night and ended up on crutches for six weeks.
I have a scar on my left knee to mark the night, and I’m glad about that.

DAY OUT: I’ve been on an unusual day out with the little ones in Dymchurch, one of the weirdest places I’ve ever been. Read my Dymchurch review here

HOLIDAY: In other news, I went on holiday to my beloved St. Ives. On the beach after lunch at The Porthminster Cafe ‘The BF’ finally proposed to me with a nice big diamond and became… The Fiancee! We’ve decided on 2017 for the wedding. So, for this month’s column, I’ve been to meet two Rye residents who followed their hearts and left their careers. I admire anyone with the guts to take a leap.

I majorly regret spending my first year in London working my backside off on double shifts every Saturday and Sunday in one of the most boring, busy, stinking of chips and toilet cleaner, TVs on sports channels, pleather furniture filled, beige chain pubs in the country.
If it doesn’t make you happy, don’t do it.

Solene Boyer, Back From Black  01797 458508
Solene is the epitome of French sophistication. She is softly spoken, wears minimal make up, set off by a chic bob, cute dress and a single diamond necklace and matching engagement ring. She met her fiancee, Nick, at Uni after deciding to study in England on the Erasmus Programme, eight years ago.
She is a qualified Lawyer of Fine Art, but living and working in London proved difficult.

“It was 2009, bang on the recession, so for young people like me to have a job, was quite hard. It’s ridiculous for young people. I was doing jobs but it wasn’t in what I wanted to do.”

Solene’s mother-in-law, an artist, named Penny Penny, had developed a ‘no mess’ alternative to sandblasting for restoring exposed beams, Back From Black. Solene saw potential in the product and took over the business side of things for Penny, taking calls and dealing with clients.

She Back From Black ‘d the beams in her listed Rye home and turned it into a showroom for the product. BFB is now a service, carried out by professionals, which restores flat dull beams, blackened by dirt and age to their original warm, luminous colour. The entire time I was with Solene, her phone rang constantly with enquiries and bookings.

“I created a role, within the company, because it wasn’t there. I’m business-like and Penny is artistic. It’s worked quite well.”

Locals will know Lee as joint owner of Fletcher’s House. At 26 years old, Lee woke up one morning to find one half of his face paralysed by Bells Palsy. Facing customers everyday was a real struggle. He tried all sorts of therapy to help his face and nothing worked, until he was recommended and tried Body Stress Release.

With an impact like that, why wouldn’t you practice what you preach? Lee ended his 28 years working in catering and moved to Devon for four months to qualify as a BSR practitioner. Back in Rye, he set up a therapy room at his (impressively immaculate) home. He invited me to try out his skills.

The session starts with a consultation. Then, standing on a platform at the base of a table, you are slowly lowered down until you are lying flat.

The treatment is focused around the spine and feels like a tiny massage, in precise, tapping actions to pinpoint and alleviate physical stress symptoms.

It is relaxing. Touch is minimal and you keep all your clothes on, so would be a great alternative to massage as a therapy, for those who find it invasive. Lee pinpointed a back problem I knew I had, plus a knotted shoulder.

As I was raised back up after the session, I thought I must have looked like Hannibal Lector being wheeled around standing strapped to that trolley. But thats just me.

The following day, I woke up more easily than usual, and felt pretty relaxed. At lunchtime, I realised it may have been down to the BSR. I would say physical stress was released. Session two had the same impact. Worth checking out.