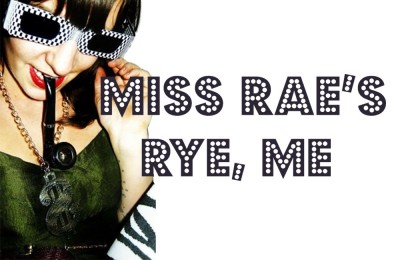 There aren’t many places busier than a gym in January.
When the weather is just too vile for me to run outside in the January evenings, I turn to the treadmill. It can be monotonous, but moments of shuddering disappointment at the repetitive and cliched videos on MTV in front of me break up the monotony. I’ve developed a coping mechanism. I catergorise Female Music Video Behaviour. I’ve discovered that, for women, there are two distinct Music-Video-Friendly ways of expressing emotion.
1: You can cry. Naked. With wet hair.
2: You can dance in slow motion, with your mouth in an open smile. One arm is in the air until the party really gets going, then it’s usually both arms up.
Sometimes I stare at the wall instead of the TV.

Which leads me to my point. You need to mix it up. So if you find that you are actually sticking to your “New year, New me” (bleurgh) resolution, here are a few of my recommendations.

IF YOU WANNA BE HOT:
LEAN GIRLS

Female Only Fitness Experience. “You can train with us.”
COMING SOON! Freedom Leisure, Rye. Dates and times tbc, see Facebook Page for news.
‘Lean Girls’ meet up twice a week in Hastings. They have a slick instagram, they are stylish, creative, fun and they motivate each other. This Interval Training class is held outside in  summer and indoors in winter. Whatever the weather is doing, Lean Girls always get a perfect ‘Groupie.’
Coach George Richardson is bringing the class to Rye. He says:
“It’s for girls that go to the gym but need an extra push. You’ve got to want to really want to work hard. In return, you get quick results- classes are really hard- you’ll really ache, but it’s about girls being in it together. It’s empowering.” IF YOU WANNA BE HARDCORE:
F.I.T. Functional Interval Training

with Mark Tozer £3 per session
Meet at The Salts Carpark (Playpark side) Mondays at 7pm www.fit-rye.co.uk
This class is not for the faint hearted. Since I started in September, I’ve seen plenty of people come and go, sometimes, halfway through a session. It’s high intensity interval training. In the case of this outdoor class: fast running, jumping over brick walls, running with backpacks full of weights, squats, step ups, push ups, pull ups and racing each other up stairs and cobbled streets. It hurts, but only for short bursts of effort, and you get a recovery after each exercise.
Personal Trainer Mark describes it as
“Training that will help everyday activities from carrying the little ones through to challenges such as Tough Mudder.”
It is hard,  but it is do-able. A real challenge, which has visibly toned my arms and stomach. We haven’t used burning tyres yet, but I think we are working towards it. IF YOU WANNA RUN:
RYE RUNNERS

9:00am Saturday The Salts & 6:30pm Wednesdays at Freedom Leisure £4 per session
Coaches: Sam Murphy and Jeff Pyrah
My idea of hell used to be cross country running. Being breathless, getting wet and muddy. I hated it. Now it’s my absolute favourite way to spend a morning. I cannot praise this group enough, for getting me to this point. From the beginner’s group, where I literally learned to run, to marathon training, it’s been two and a half years of fun, mud sweat and cheers since I joined. We compete in races together, run through the WORST of the winter weather and we party together. Plus our coaches are pretty famous in Running world. Sam Murphy has a column in magazine Runner’s World, sharing her almost encyclopaedic knowledge, and Jeff is an Elite Runner.
The Saturday session usually consists of three groups, Beginners, Intermediate (my pace) and the Fast Group. Everyone meets up, warms up, separates into chosen groups for the hour or so of running and meets back about an hour later to cool down, and sometimes have a cup of tea on The Salts. It’s as much fun as it is hard work, which is a lot at times.
As the name indicates, you do need to be able to run to attend, but if you’re not a confident runner, there is a Beginner’s Course which runs a couple of times a year. With twenty or so new runners on the current Beginner’s Course, the next is planned for June. IF YOU NEED ADVICE OR A MASSAGE AFTER ALL THAT EXERCISE:
STEPHEN THOMAS PT

Rye Based Personal Trainer and Swedish Massage Therapist massagefitness.simpl.com
Stephen has done a lot in his life. He was once a semi-pro footballer, a ski instructor, an actor, comedian, body builder, teacher, and now is working as a personal trainer and massage therapist. We met years ago at the gym and discovered we were both former Rose Buford students. During my session with him, he took me through a sort of lifestyle assessment. Stephen is thorough, to the point of being geeky about the science of personal training. He wants to conduct lactic acid studies. He told me that prior to becoming a PT he was becoming successful and getting TV work as a comedian. I asked why he gave it up.
“I kept getting typecast as The Deaf Comedian. That’s how TV works.”
So now he’s doing something more “worthwhile.” helping people achieve their goals and feel positive.
After a week of exercise, I went to see him for a massage and I can highly recommend, especially if you’re training, because of his sports background.

For more from Britainy Rae