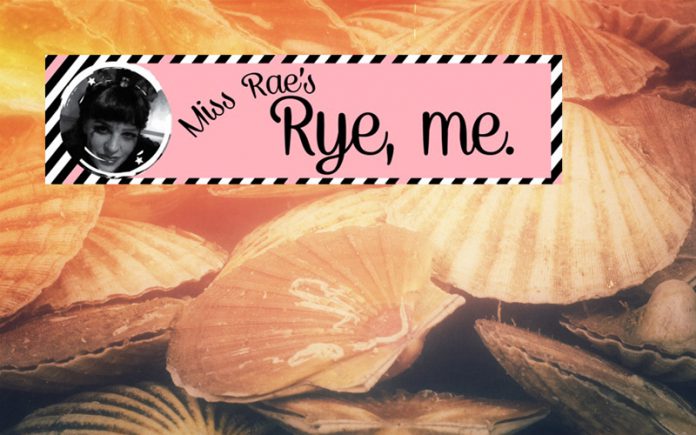 This past week I’ve been obsessing over the Eastenders “Who Killed Lucy Beale?” live week. I dressed as Kat Slater in leather, leopardskin and gold heels and drank Dandelion and Burdock for the big, killer reveal on Thursday night. BBC Eastenders Official Twitter ‘favourited’ one of my pictures so I feel validated.

I’ve been listening to Teen and scrolling through hundreds of pictures online from New York fashion week. Discount Universe blew everyone out of the water with their decadent, sequin encrusted, sweat-inducing-cartoon-nightmare-in-a-dollar-store looking dresses embellished with rich red gore, poodles and lobsters pinching nipples. If I could wear DU clothes everyday, I’d probably get up two hours earlier just so I could wear them for longer, and I would sashay around convinced that everybody was insanely jealous of me. Katy Perry and Miley Cyrus are famous DU fans and better still, Discount Universe is GIRLS – Aussie girls Cami James & Nadia Napreychikov. On the not-so-good I keep having to relook at Kanye West’s show, Yeezy Season 1. Is he taking the p***? He made all the models look like grubby fingers. That is not a compliment. I can’t wait for Season 2.

I made it out to the Scallop Quiz at The Standard on Sunday night. After taking the first few rounds very seriously, our team was joined by a local who had been out enjoying the scallop festival quite a lot that day. He generously ordered me a bottle of prosecco which made me feel halfway to glamorous until I pulled the bottle out of the ice bucket and discovered its name. Dogarina. The new team member was in full-on “scallop mode” and even shared his own personal recipe, loudly and in great detail. Sear the scallops and wrap them in wilted spinach. Top with a layer of peanut butter and then lemon curd. I know this, because he dictated it to me to write down on my phone. How he made that recipe take 10 minutes to explain, I will never understand, but I remember a lot of dramatic pauses and hand gestures. I should have videoed it instead. Nice guy though. Our team’s points per round declined at this point, and we lost to Quizteam-a Aguilera. tea the next morning, one of our team told me that they ended up gatecrashing a wedding later that night. Tiny acts of rebellion are acceptable in Rye.

Monday night I went for a snoop around a Scallop-Free Venue, Jeakes House. Whenever I pass it, enticed by the interior of bold, monochrome striped wallpaper, chandeliers and heavy-tasseled drapes, I try to peer through the windows to get a better look. So I bit the bullet and invited myself round to talk about the place with owners Richard Martin and Jenny Hadfield. They are totally charming and hilarious. They remind me of those family friends whose house you would secretly love to visit as a teenager, because they wouldn’t question your age, just serve you the strongest gin and tonics you’d ever had and potter around casually telling outrageous stories while you held in the giggles and felt like you’d sneakily got one up on society. Their website uses the word dramatic several times to describe the decor. That’s why I love it. It looks like a haunted house, but one you wish you could throw a party in. Guests drink together in the black-walled honesty bar and play the square piano into the night, occasionally spooked by the automatic fire doors that suddenly shut at midnight, as if by a ghost. If it’s ghosts you’re after, stay in the Elizabeth Fry Room. The same creepy story is often repeated at breakfast by guests who have stayed there. The breakfast room freaked me out the most. “Is it actually haunted though ?” I asked. Richard replied: “Well, when a guest checks in, and sees the look of the place, that’s usually what they ask. I just reply – Do you want it to be?”