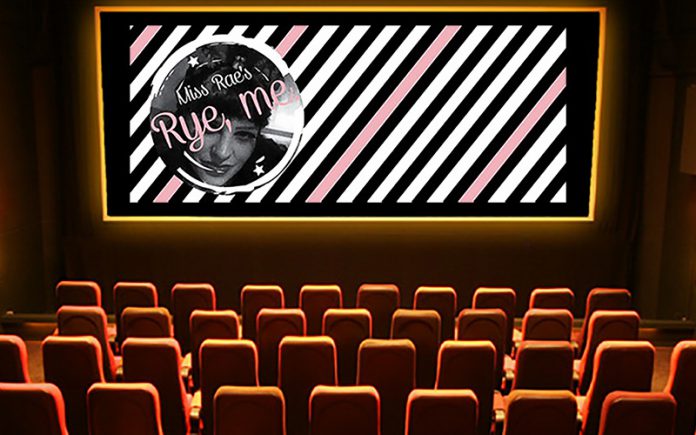 Hello readers . . . I’m back! Despite the fact that “the BF” and I have decided to endure a “dry January”, I’ve had a great 2015 so far. I love the cold weather and bustin’ out my winter wardrobe. Plus I’m busy exploring town for material for my column. All I need is some proper snow and then my winter will be complete. This week, among the Rye gems are two recommendations from Hastings that were too fun not to mention. Here are my life-brightening local picks of the week to blow away the January cobwebs and usher in Feb.

The big news in Rye is obviously the opening of the Kino. I went to check it out with friends. Amazing building, with a bar/ cafe and mezzanine for pre-film drinks. It’s modern, busy and sleek with the atmosphere of venues in bigger towns and cities. My favourite touch was the carnival lights surrounding the mirror in the bathroom. There is a Kids’ Club showing at weekends, and we arrived as the families were heading in to see Paddington. The place was packed. I don’t know what it’s like to be a teenager in Rye, but I can see there wasn’t much, if anything, for them until Kino opened. We had coffee and a cheeseboard in the cafe, while the little ones decided to lie on the floor – which confused me until we discovered the underfloor heating. The guy who cleared our table was delighted to hear us talking about how great the place is, and told us he loved overhearing what people had to say about it. A modest reaction. The Kino is a pearl in Rye’s oyster.

We celebrated my niece’s second birthday in Hastings Old Town by taking the little ones to the sealife centre. They had a great time screaming when the rays approached them, calling the fish Buzz Lightyear and pretending to swim next to the tanks. There is a Hurricane Machine at the entrance which isn’t hugely relevant to the venue, but if you can convince someone to go in it, you can all stand around laughing at them being pelted with wind, which, as it turns out, is hilarious. The jellyfish tank and puffer fish are mesmerising, but my favourite was this urchin, with pin prick eyes, which looks like a Studio Ghibli character.

We couldn’t have a trip to Hastings Old Town without a visit to my favourite place to eat – The Pelican Diner. It’s a tiny, independent American diner with an English seaside twist – a Hastings version of a Burger Shack. Overlooking the bright lights and technicolor candy floss stand of the Old Town amusements, the Pelican is made up of three little, 50s-inspired, dining areas with driftwood sculptures, posters and a plastic flamingo. It looks like a toned down Peewee’s Playhouse (now finally being shown in the UK on netflix.com).

As an American by origin, I am qualified to make a judgment on one food: pancakes. Not flimsy English pancakes with lemon and sugar. Thick, fluffy stacks of hot pancakes with maple syrup and any weird mix of sweet and savoury you can imagine. With the exception of my BF – who had no choice but to nail the recipe if I was going to stay with him – the Pelican does pancakes better than anyone. I had the Mexican vegetarian hotdog – made up of seeds and soya among other things, and it is the best veggie substitute I’ve ever tasted. It’s photogenic too, for those obligatory food Instagrams. The Pelican is licensed and serves cheap cocktails and hard shakes. Just get cash out before heading there, as the no-charge cash machine has disappeared from the Old Town. Back in Rye, we had an eye-popping Wow Said The Owl birthday cake, by Wish Street Cakes.

It has been January sales time and here are some bargains I’ve bought this week:

Half-price sale at children’s store Wobbly Wardrobe: some great sequinned ballerina party dresses, home decor, cute clothes and imaginative imported toys. I love Wobbly Wardrobe. Looking at the tiny bottles of fairy dust makes me feel like I’m five years old and it’s my birthday. I bought these wooden Le Toy Van espresso machine and biscuits for my niece’s birthday and, since it’s January, they were on sale. Thrifty!

Below, pretty pinks: tulips and lychees from Rye market Finally, the grown-up’s treasure chest of a shop that is McCully and Crane, Cinque Ports Street, Rye, also has a January sale. Definitely worth checking out, even just for inspiration. Here is a taster vid:

Let me know if you’ve got anything unusual to say. I love hearing about the weird goings-on in Rye.
See you again soon.