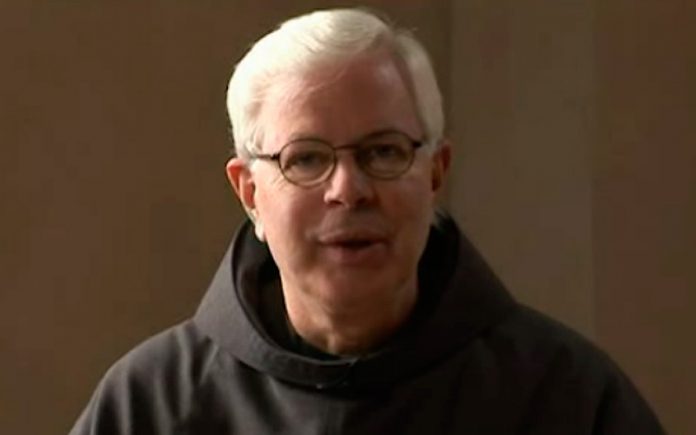 Mass at St Anthony’s, Rye, this Palm Sunday will be celebrated by the Major Superior of the Greyfriars order, the Very Rev Peter Damian Massengill (pictured above), who has been in Leicester this week for the reburial of King Richard III, writes Tony Nunn. “It was the Greyfriars who buried him the first time,” he said. “The organisers seemed to be excited about having a real honest to goodness Greyfriar around and included me in several events.” He added: “Fr Paul Miskiewicz is coming to Rye for just under three months – to avoid visa stuff – followed by a new full-time friar who has yet to be named. I will actually be taking Palm Sunday Mass since Fr Paul is landing that morning.” The Greyfriars are officially known as the Order of Friars Minor Conventual.