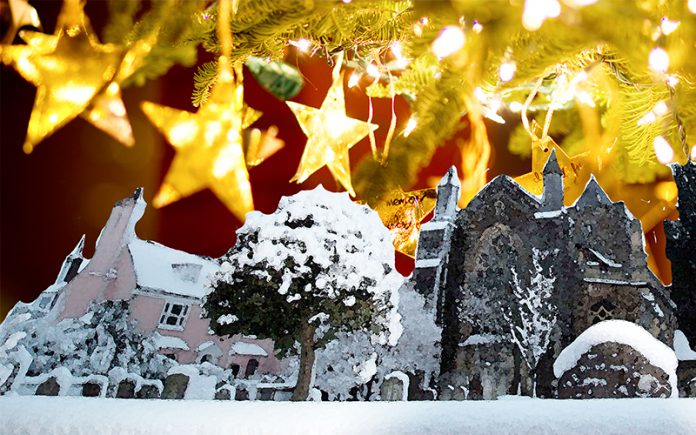 Christmas lights and festivities in Rye have historically been arranged by the Rye & District Chamber of Commerce but, without apportioning blame, the quality of the festival has dwindled over the past year or two. This has been due to the underwhelming support given to funding the event and it was evident that a new start was called for.

A new organising body, largly independent of the chamber and the local authority, is in the process of being formed. It will be a charity but will not, at this stage, seek charitable status or registration. It will, however, have a formal structure, a constitution and a bank account. To decide how to take matters forward a meeting of some 40 to 45 people was held at Rye’s town hall, chaired by the mayor, Bernadine Fiddimore.

After Cosstick reported on the costs and history of previous festivals, Cunliffe extended guarantees to the group, providing chamber involvement continued in some form. After the reports it became very clear that the new organisation faced estimated costs in the region of £10,000 within the first year.  This includes the  repair of the remaining workable stock of Christmas lights, the purchase of replacement string lighting – that failed so spectacularly in the High Street last year – and replacement wall Christmas trees.

No matter what problems are ahead, it became apparent that local shopkeepers and businesses will need to step forward soon to fund this gigantic budget that will enable the festival to get Rye back to where it was a year or so back. It was obvious to all present that action needed to be taken quickly to organise another event as well as fund raise. A steering committee will call a meeting next month with its proposals to take the project forward.

It was very much hoped that the new group will be able to persuade local trades people of the necessity to support the project before further footfall and trade are lost to nearby towns. Rye Rotary has already provided some organisational help and, at the January meeting of the chamber, approval was given for its involvement in the venture.

Richard Farhall, Rye’s town clerk, writes: our mayor wanted this meeting to be arranged quickly because of the disappointing show last year. Everyone there agreed that preparation needs to start much earlier in future. Areas of discussion included: