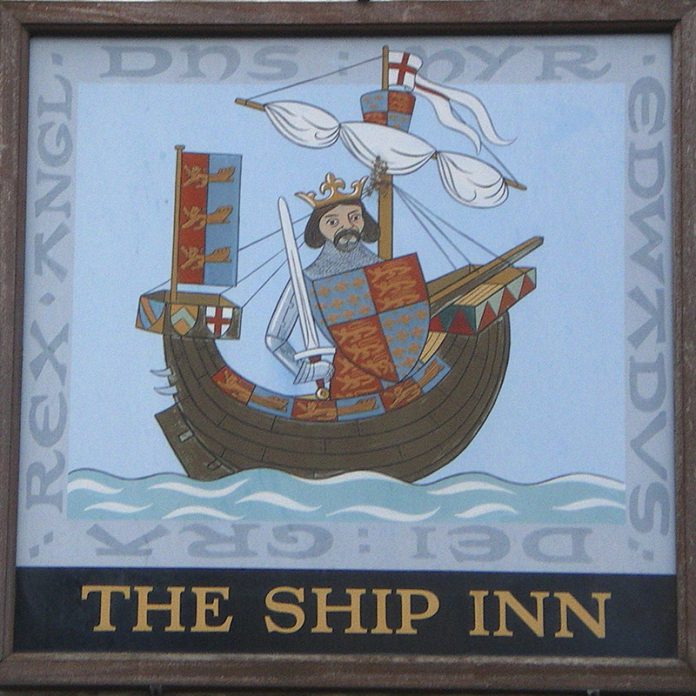 Which is Rye’s oldest pub?  This question kept cropping up when I was researching my book The Pubs of Rye, 1750-1950.

There are several contenders for the title. The Old Bell Inn, The Queens Head, The Ship Inn and, until recently, the Union Inn, might all be contenders. The earliest documentary evidence for The Old Bell is 1845, but it could have been licensed many years before in a previous century. On the other hand we have evidence that both The Ship and The Queens Head date from 1722, so these two pubs might possibly share the honour of oldest Rye pub(s) between them. During the 18th century the buildings on Strand Quay were in use as warehousing for contraband confiscated from smugglers. Periodically the contraband would be auctioned off by the Excise, and buyers would expect to be allowed to taste the goods before purchase. I think this was the beginning of The Ship as a public house and there is evidence in a deed of 1722 when it was known as the Cock and Coney.

The Queens Head, according to another old deed, also refers back to its existence at this time and has been licensed ever since. The histories of both pubs can be found in the book, but I am still seeking evidence of earlier dates. So watch this space.

The sign of The Ship shows a King on board a ship with a Latin inscription around the perimeter which, to my untutored eye, translates as: “God favours King Edward of England”, although which Edward and why I cannot say. Is there a local connection? Any information on this would be welcome.

A second board on the east wall quotes Lord Pembroke in 1781: “Will Washington take America or smugglers England first?” This is followed by a list of Revenue Cutters (customs boats) and Men of War, nearly all from the 18th century. So perhaps the artist who created these signs has, or had, more knowledge of the 18th-century origins of The Ship Inn than we do today.