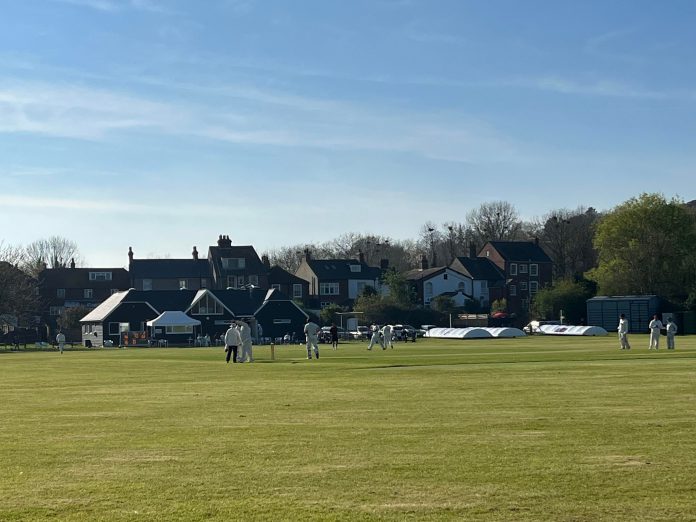 Rye 1sts XI maintained their impressive start to their Division 3 East campaign with a 63 run victory over Preston Nomads 2nd XI in a match sponsored by My Sweet Old Etcetera. Rye won the toss and James Hamilton, 47 and Reuben Collingwood, 33 shared an 83 run partnership. There was a wobble at 149-5, but Harry Smeed, 31 off 27 balls and Carl Mumba 78 off 39 balls, including 6 sixes, shared a 40 run partnership, and then George Wathen 24 saw Rye to 276-7 off 45 overs. Baalaaj Khan with 4-47 the pick of the bowlers.

Preston Nomads made a solid start with a 50 run opening partnership, led by Oliver Gatting, 25 and James McKemey, 67. Preston chipped away at the target until James Smeed 5-48 and Reuben Collingwood 3-42 removed the innings as Nomads were dismissed for 213 in the 43rd over.

This Saturday, Rye 1st XI travel to Ifield in a top of the table clash, where Rye will be seeking to take top spot in the division.

Rye 2nd XI continued their poor start to the season with a 6 wicket defeat at Bells Yew Green 2nds. Rye failed to capitalise on opportunities. Rye scored 185-8 in 40 overs, but it was never enough on a small ground. Six players got into the twenties but did not maximise their scores. Gary Osborn top scored with 37, but regular loss of wickets undermined momentum.

In reply, wayward bowling saw Bells Yew Green score 60 off the first 6 overs. Rahul Dev Shetty hit 86 not out, making the most of 30 yard boundaries. Kyle Scott 3-31 off 8 overs and Martin Blincow 0-22 off 8 overs had some control, but runs flowed at the other end. Bells Yew Green went past the target in the 34th over.

This Saturday Rye host Laughton 1st XI in a match sponsored by the Mermaid Inn.