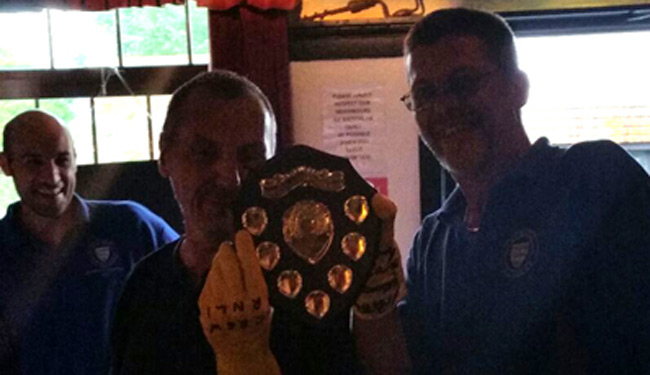 Alan Pawson (pictured above), who was a finalist in the boules knockout tournament hosted by Rye Harbour Lifeboat Station last year, has just gone one better: he won the 2014 competition, beating Dave Courts in the final to take the prize. The tournament, in which 24 players took part at the Inkerman Arms on Sunday July 27, raised £300 for RNLI funds.