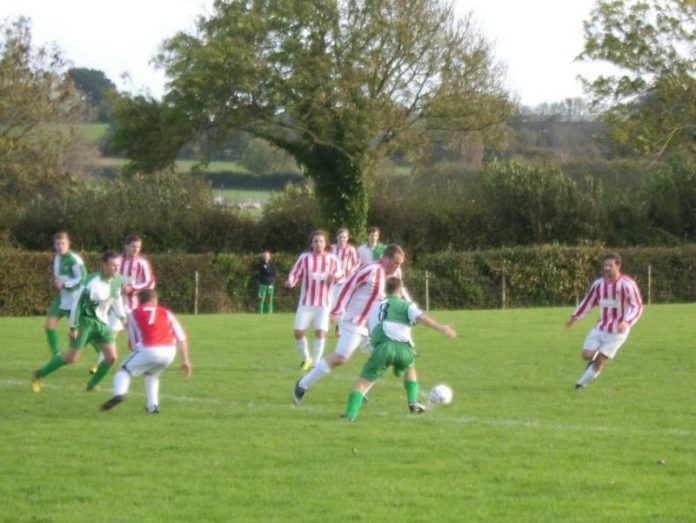 The 1st team of Icklesham Casuals picked up a useful point in a 2-2 home draw with J.C. Tackleway last Saturday, February 11.

The Casuals started the game well and went ahead through a close-range effort from Steffan Davies on 20 minutes, but Tackleway then got on top, going close on a number of occasions. Only some outstanding saves from stand-in keeper Asa Croucher kept the lead intact at half-time.

The equaliser came only three minutes into the second period through Danyal Aldous, and at this stage Tackleway were fairly dominant, although Icklesham looked dangerous on the break. Tackleway took the lead on the hour, when Josh Eaton netted and at this stage they looked the likely winners, but the Casuals gradually got their game together and started to knock the ball around again.

After 75 minutes, Steffan Davies was fouled on the edge of the box and a penalty awarded, which sparked protests from the away side, who felt the initial contact was outside the area. The spot kick was converted by Phil Badrock. The action was then end to end, with Icklesham almost taking the points when a superb cross from Steffan Davies was met by Phil Badrock, but his attempt agonisingly hit the cross bar.

The 2nd team lost narrowly 2-1 away to Sedlescombe Rangers III, struggling to match their opponents’ determination and pace for much of the first half. Goalkeeper George Richardson saw a shot hit his post and made several saves, before he was beaten by a goal from James Hopkinson after some hesitant defending.

A poor clearance from the Sedlecombe keeper gave Lee Pierce the chance to level, but Sedlescombe soon restored their advantage, when Matt Davey scored from the penalty spot.

Some changes at half time saw George Richardson take up his usual place in midfield, where he soon started winning challenges, and his prompting saw Icklesham dominate the play and several times threaten an equaliser. Paul Daniels and Lee Pierce had shots well saved and Solly Cooke chipped the keeper, but his shot struck the bar, with Sedlescombe relying on breakaways.

This Saturday, February 18, the 1st team travel away to face Mountfield United in the East Sussex Football League One, whilst the 2nd team entertain Northiam 75 II in the Hastings FA Lower Divisions Cup.