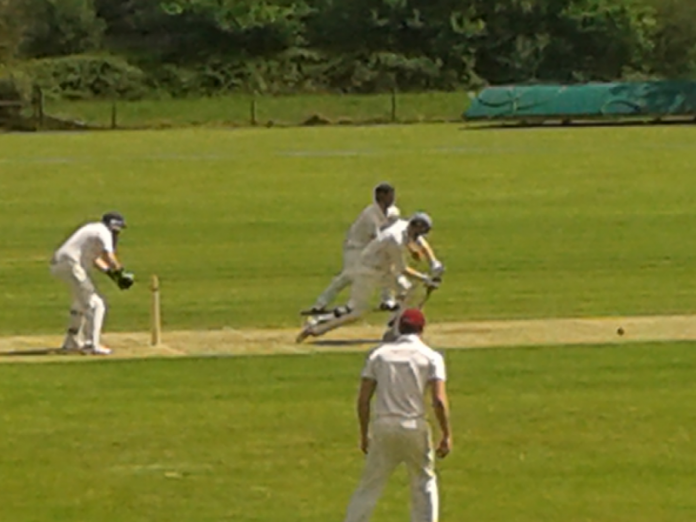 The summer of 2018 was wonderful, matched by the equally wonderful season enjoyed by Rye Cricket Club. The 1st XI were crowned Sussex Cricket League Division 4 East Champions, losing only one fixture, following on from the winter where they won the Indoor League and Cup Double.

Individual achievements saw overseas player CJ Reece as the leading wicket taker in the Division, but the very young team made contributions throughout, with seven different players receiving MoM Awards – sponsored by Rye Concepts. Former Colt Harry Smeed led by example with both bat and ball, and with his leadership both on and off the field.

The 2nd XI competed at the level at which the 1st XI played five years ago, and finished ina creditable 6th place. Luke Payton, 15, was the top run scorer in the 2nd XI league, and Ellis Hatter was the leading catcher. Ellis, another former colt, took on the captaincy of the 2nd XI with great enthusiasm, and a number of Colts made impressions including 16-year-old Rowan Sharkey and 15-year-old opening bowler Spencer Sharkey.

The 3rd XI under the captaincy of James Jury, provided the perfect environment to introduce young players into the adult game. By the last game of the season, 25 of the 33 players involved had represented Rye at Colt level.

Rye Cricket Club hosted the Richard Merricks Memorial game, during which Richard’s close family opened the newly extended upper room of the pavilion, which has been named after Richard – a gesture towards the 50-plus years of service he gave to Rye Cricket Club.

Off the field Rye were successful in bids to the ECB for a new four-wicket cover and Super Sopper, all of which will improve the square. A Community Shop Bid for disabled Access Ramp and Marquee for scorers was successful, and both will be in place for the new season.

2019
Since the end of the 2018 season the committee has been firmly focused on the 2019 season. The club’s five-year development plan has been updated, and the ECB Clubmark award for quality has been re-accredited.

An Overseas opening bowler has been signed for 2019. The club is awaiting confirmation of the Tier 5 visa by the Home Office before releasing details. The club is keenly looking forward to welcoming the player, who beside playing will be a key part of Rye’s coaching team in 2019.

The Club will be welcoming the MCC to the Rye Cricket Salts on Tuesday, August 6 where Rye will be looking to make it two wins in a row after a five-wicket victory in 2017.

Disabled-access work is to be completed by start of the season on the pavilion, with an extended disabled toilet and ramped access put in place.

The Colts section is at the heart of Rye Cricket Club. Cricket taster sessions are on offer on January 30, February 6 and February 13 at Rye Sports Centre from 5-6pm, free, with 30 spaces for primary-age boys and girls.

The Winter Coaching Programme starts on February 20 :
5-6pm Primary
6-7pm Under 13
7-8pm U15s
The club’s signing-on night is on Friday April 26 at 7pm for the Summer Coaching Programme:
Secondary age: Wednesday May 1 at 6pm
Primary age: Friday May 3 at 6pm.