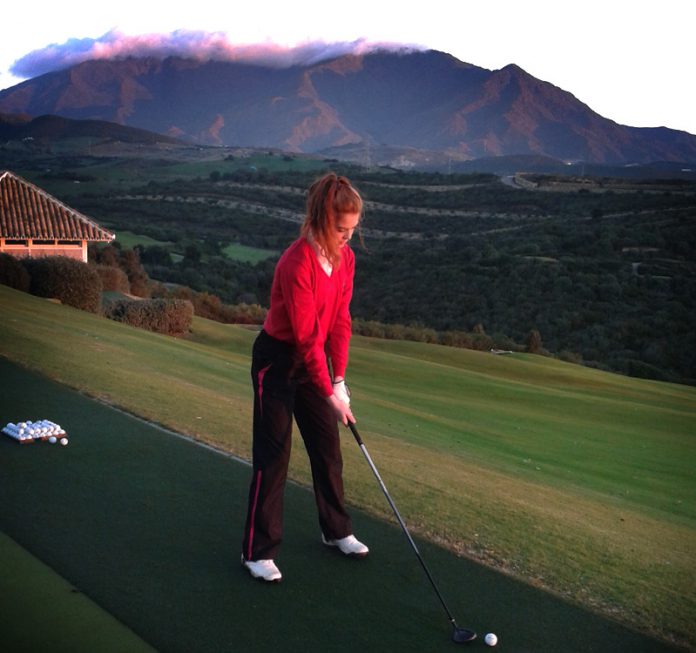 A very creditable 10th place ended a tough but successful week for 14-year-old Darcie Smith in the Daily Express Andalucian Junior European Open. More than 70 boys and girls teed up for the finals week, which took place in Spain from November 30 to December 6. The first four rounds were played at the picturesque Alcaidesa golf resort, with two rounds over the links course and two over the Heathland course. The better round for each course was taken together to decide who made the cut. The competition then moved to the stunning Finca Cortesin Golf Club, the host venue for the Volvo World Matchplay in 2009, 2011 and 2012, with the top 30 boys and 10 girls competing for the titles.

Both courses at Alcaidesa proved testing, as torrential rain in the days prior to the event meant that two tough courses were playing tougher than expected, with standing water on the fairways, water in the bunkers and some very wet but lightning fast greens. After initially walking off the course after her first round – having shot 89 and feeling a little dejected – Smith soon discovered that all the girls had struggled and she was in sixth place, safely inside the cut. It was always going to be a challenge for her to make the cut, as she was the third youngest competitor in the girls’ final and, although the finals were played as a scratch event, only one girl played off a higher handicap.

Day two saw Smith shoot another 89. Her golf deserved better for most of the round, but two triple bogeys and two doubles counteracted her one birdie and she found herself dropping to 10th, sitting on the cut line.

Having now played both courses at Alcaidesa once, Smith teed off in round three, back on the very hilly Heathland course, confident that she could get herself back in a better position. After nine holes, with two birdies but two double bogeys on her card, she was in danger of not improving on her score. However, she dug deep and played the back nine much better, to post a round of 83 and moved up the leaderboard into a tie for eighth place.

As she teed off in the fourth and final qualifying round, Smith knew how well she had to play and hit the ground running. With rain in the air and talk of thunder and lightning at lunchtime nobody was sure how much golf would be played, but a birdie at the first and four bogeys on the front nine saw her get to the 10th tee in great shape. As her group was waiting to tee off, a massive bolt of lightning overhead sent everybody running for cover. Just over an hour later play resumed, but Smith could not get her game going in the way she had in the morning and she struggled in, nine over on the last nine holes to card an 84.

An agonising wait then followed: would a score of 167 be enough? After more than an hour her name went up: ninth place and, yes, she would be playing at Finca Cortesin.

A four-ball team event followed the next day, which the finalists sensibly used as a practice round for Friday’s big event. The course was a monster and playing it made her realise very quickly how good the pros are. Mental and physical strength were required on the Friday, her sixth round in six days. Unfortunately, it was a round too far and her game deserted her. The course was undoubtedly the toughest she had played in her young career and though she battled hard to better her finishing position, a tenth place was the end result of a very hard week with a score of 266. The high point of the day was finding her game over the final four holes, especially the 18th, which had cameras on it from a local Spanish TV station and where she played the standard of golf she knew she could play.

Smith found many positives to take from the week, made lots of new golfing friends and has already set her heart on qualifying for the finals week again next year, when she is hoping to make a better challenge for the title. The 2014 title was won by 18-year-old Lily Downs from Northumberland with a score of 224. Below: Smith receives her tournament award.