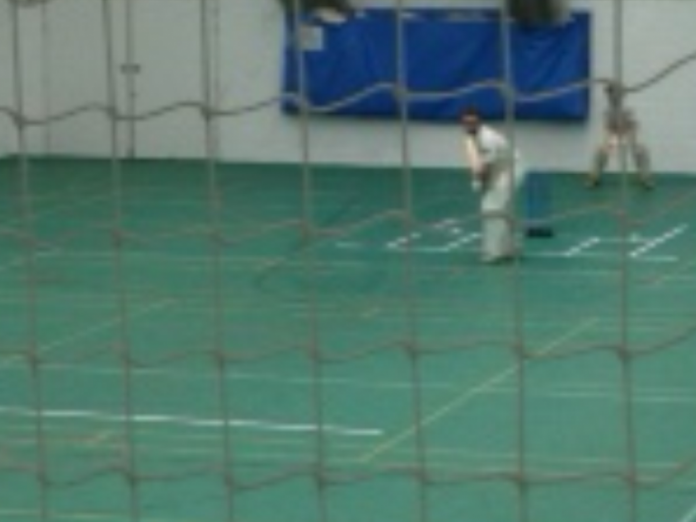 Last Thursday January 26 Rye’s Indoor cricket travelled to Horntye Park in Hastings as they faced Bexhill. Having asked to bat first Rye’s opening batsman again found themselves facing tight bowling with Bexhill claiming their first wicket of Mickey Toomey, run out for 1 in the 2nd over.

Bexhill continued the pressure until the end of the 3rd over and forced Rye at 10 for 1 to make their move. Harry Smeed, in at number 3, stepped up and showed his ability again to be up the order with some well crafted shots, allowing him to race to his limit of 25 runs not out. Fin Thompson then joined George Wathen at the crease, Thompson supported by Wathen continued where Smeed left off hitting some stunning straight drives before Bexhill’s Richard Melbourne produced a slow flighty delivery bowling Wathen for a well compiled 19 runs. With Thompson quickly reaching his limit of 25 runs not out and the scoreboard showing 93 runs for 2 wickets off 9 overs Bexhill needed to limit the final overs as much as possible. The running out of Will Wheeler for 3 runs gave them some hope, however the wicket brought Smeed back to the crease to continue his shots taking him to a magnificent 48 runs not out which, along with Ben Clifton’s 4 runs not out, raised Rye’s final total to 129 runs for 3 wickets off of 12 overs.

Bexhill, needing 11 runs an over from ball one, showed no signs that the score was too much. Opening the batting with Dahron Pitt was Harry Strugnell, who, from the start, allowed Bexhill to keep up with the required rate with a number of text book indoor shots. With the start of the fourth over and the score an even 29 for no loss Bexhill started to look settled before a spectacular 20 yard direct hit from Mickey Toomey ran out Pitt for 6 runs. Strugnell now supported by Paul Crittenden quickly reached his limit finishing on an inspirational 26 runs not out. Crittenden and Melbourne needed to continue the pace, however a tight over from Smeed stopped the latter from being able to advance and two identical balls, one after the other, saw the second delivery bowl Melbourne for 3 runs. A final push by the equally impressive Crittenden, 16 runs not, out allowed Bexhill to get to 92 runs for 2 wickets off their allotted 12 overs, some 37 runs shy of Rye’s 129.

At the half way stage of the EACA Midweek Indoor Division 3 competition, Rye remain equal top with Hastings Priory, on 8 points. Again a huge thanks to Janet Tiltman for scoring and to all supporters that attended.