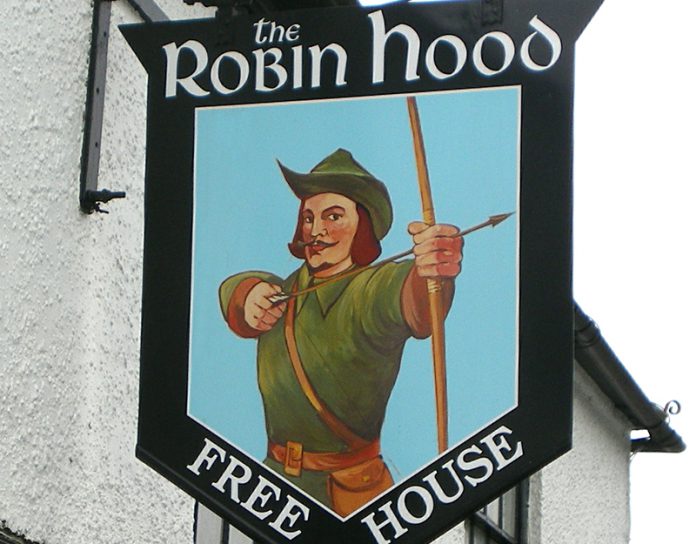 In the latest Beer and Skittles series about local pubs, I’m taking a look at the Robin Hood public house in Icklesham where, in the late 19th century they ran a “sparrow club”. At that time sparrows were considered a nuisance and were shot for sport and sparrow pie. Sparrow clubs offered prizes such as watches, clocks, stuffed birds in glass cases, firkins of ale and the like.

The unfortunate victims of these shooting matches first had to be caught. The principal method employed was called “batfowling” and entailed the use of a clap net, consisting of two poles, each about 10ft tall, supporting a small mesh net and turned up at the base to form a bag. The catchers would choose a dry, moonless night when sparrows would be roosting in their dozens, in ricks or ivy-clad walls.

About two hours after the birds had gone to roost, the pole-bearers would approach their target, standing close to the wall or rick and, at a signal, would clap the net against the target. At the same time, a third operator would flash a torch in the centre of the net. Startled, the unfortunate birds would dash out toward the light, where they would become entangled in the net and flutter down into the bag.

The practice of shooting sparrows and pigeons was made illegal in 1921, after it was revealed that half a million sparrows had been shot in 1920. The Pubs of Rye, 1750-1950, is available in Rye from the Heritage Centre, Adams, the Queen Adelaide, or online.