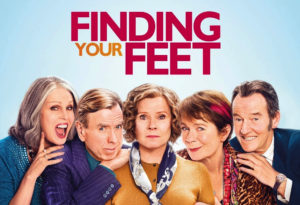 This is another “feel-good” film with an all-star British line-up starring Imelda Staunton as “Lady” Sandra Abbott who, when she discovers her husband is having an affair with her best friend, seeks refuge with her bohemian sister, Bif, (Celia Imrie) on a council estate, with the resultant culture shock. All is not lost though, when she is persuaded to join Bif’s dance class. Also starring Timothy Spall, David Hayman, John Sessions and Joanna Lumley, it promises to make for an entertaining evening. The film will be shown at Rye Community Centre, tickets are £5 and doors open 6:30pm for a 7pm start.