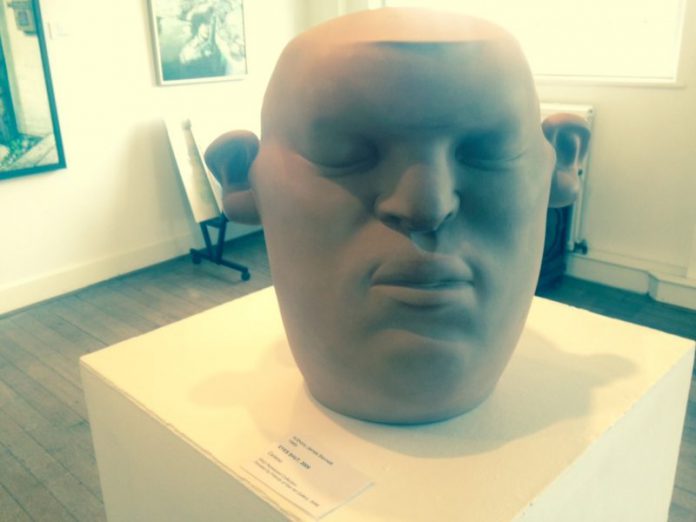 The Rye Society of Arts (RSA) is gearing up for its last and possibly busiest weekend of its spring selling show at the Rye Art Gallery on the High Street.

The exhibition includes works by 37 of the 46 members of the RSA who all live and work within 15 miles of Rye. The RSA celebrates its 65th anniversary this year and an interesting case of previous years’ publicity materials shows the consistently high standard of the work it has produced in its lifetime.  Members include painters, sculptors, printmakers, ceramicists and photographers and work from each of these disciplines can be seen in the show, which runs until May 8.

The new exhibition takes up two rooms, while at the top, works by RSA members which are now in the permanent collection of the gallery are displayed. These exhibits, which have been purchased by or donated to the gallery over the years, include works by the well- known graphic novelist and filmmaker Dave McKean, Royal Academicians Fred Cuming and Gus Cummins and local favourite Louis Turpin. I enjoyed seeing Tony Bennett’s “Eyes Open” and “Eyes Shut”, both from 2005 and reminiscent of his Blood Head from last summer’s show.

While you are at the gallery, don’t miss the opportunity to see its three John Bratby paintings. Bratby, who lived in Hastings was extraordinarily prolific, He wasn’t part of the RSA, but his work provokes different reactions, but never indifference. His recent retrospective at the Jerwood has now closed but attracted much local and national interest.

The RSA is now gearing up for its popular summer show which runs July 30 – August 21 in the Dance Hall at the Community Centre on Conduit Hill.