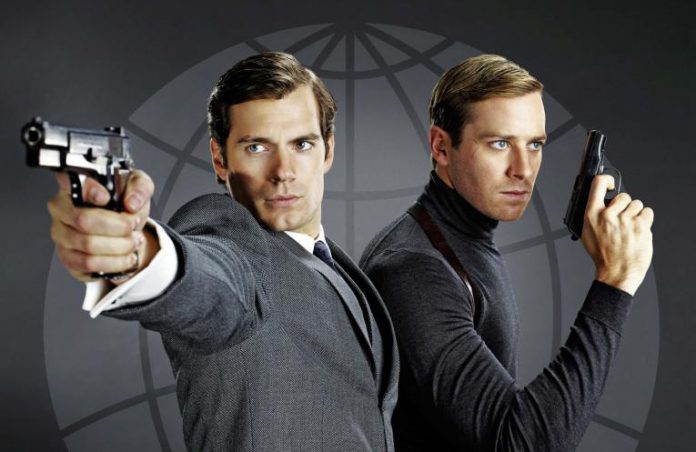 Movies showing in Rye from Friday  August 28 include:

The Man from U.N.C.L.E. [12A] 116 mins   Directed by Guy Ritchie and set against the backdrop of the early 1960s at the height of the Cold War, CIA agent Solo and KGB agent Kuryakin are forced to put aside longstanding hostilities and team up on a joint mission to stop a mysterious international criminal organisation. The duo’s only lead is the daughter of a vanished German scientist, who is the key to infiltrating the criminal organization, and they must race against time to find him and prevent a worldwide catastrophe.

Gemma Bovery [15] 99 mins   Gemma Arterton stars in this amusing, modern-day re-working of Flaubert’s 19th century novel, Madame Bovary. Having moved to a rustic farm with her older husband, Gemma soon tires of their ‘simpler’ life and finds distraction in a torrid affair with a handsome young aristocrat. Meanwhile, Martin (Fabrice Luchini – In The House, Potiche), a local baker and lover of literature, becomes besotted with Gemma, but also fears she may suffer the same fate as the heroine in his favourite novel. From the BAFTA-nominated director of Coco Before Chanel, Anne Fontaine, and based on the graphic novel by Posy Simmonds. Also starring Jason Flemyng.

Manglehorn [12A] 97 mins   Al Pacino is an ageing, ex-con locksmith who is bitter, angry and alone after committing a crime that lost him the love of his life. But as ever, life finds a way and he soon discovers that it hasn’t finished with him yet when he meets a new friend, in a delightful performance by Holly Hunter, who offers him a second chance. Instilled with director David Gordon Green’s unique visual style, Pacino’s remarkably rich, understated performance anchors the film, signalling it as a future classic.

Trainwreck [15] 125 mins   Directed by Judd Apatow (Bridesmaids, This is 40) and starring breakout comedic actress Amy Schumer (Inside Amy Schumer). Since she was a little girl, it’s been drilled into Amy’s head by her rascal of a dad that monogamy isn’t realistic. Now a magazine writer, Amy lives by that credo – enjoying what she feels is an uninhibited life free from stifling, boring romantic commitment – but she’s in a rut. When she finds herself starting to fall for the subject of the new article she’s writing, a charming and successful sports doctor, Amy starts to wonder if other grown-ups, including this guy who really seems to like her, might be on to something. Starring Bill Hader, Tilda Swinton and Brie Larson.

Minions (2D) [U] 90 mins  The story of the Minions begins at the dawn of time. Starting as single-celled yellow organisms, Minions evolve through the ages, perpetually serving the most despicable of masters. But one Minion named Kevin has a plan, and he – alongside teenage rebel Stuart and lovable little Bob – ventures out into the world to find a new evil boss for his brethren to follow. With the voices of Sandra Bullock, Jon Hamm, Michael Keaton, Jennifer Saunders and Steve Coogan.