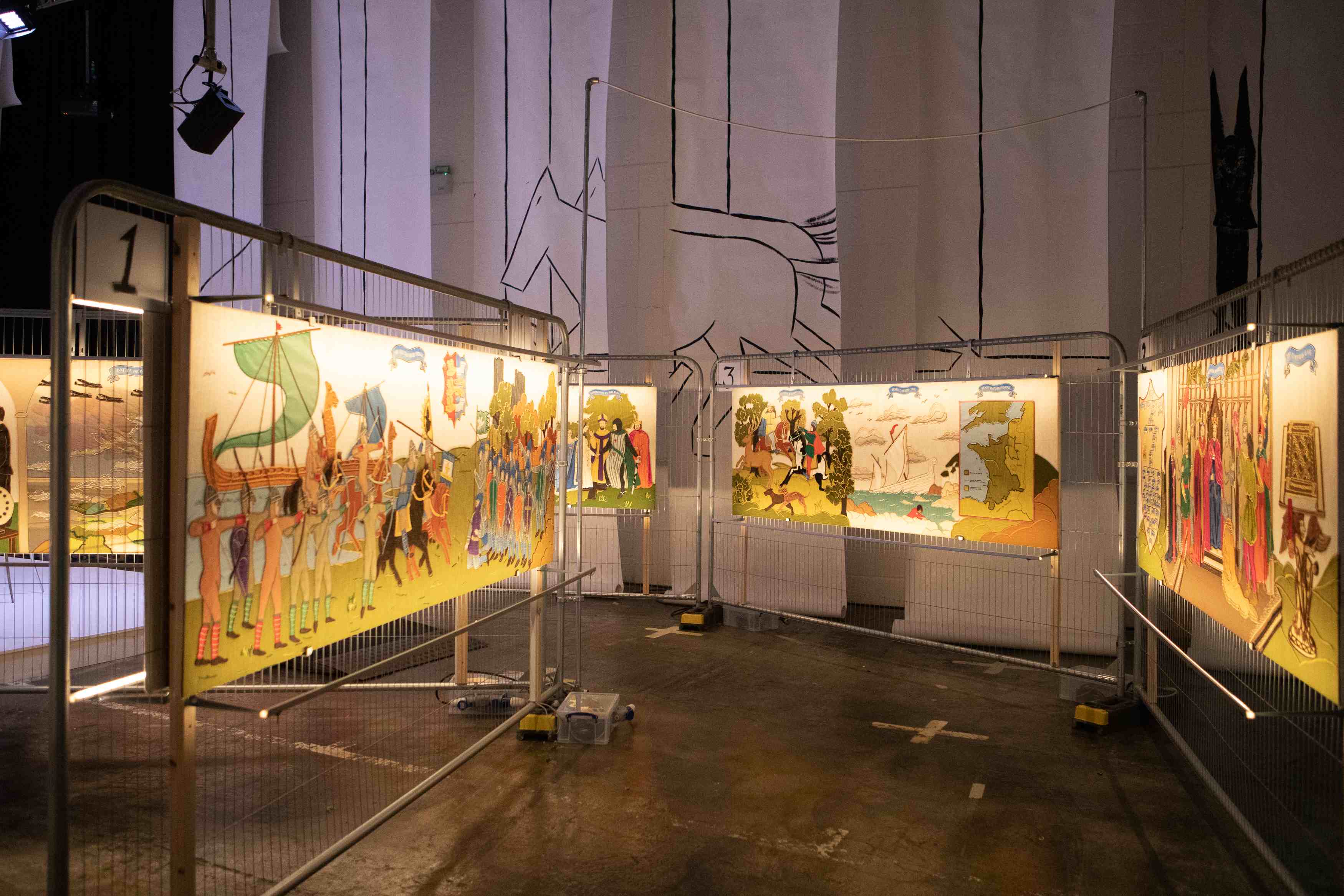 Hastings Tapestry 27 panels made in 1966 by Royal Society embroiderers to commemorate the 900th anniversary Battle of Hastings. This has been reimagined by director, Tim Hopkins and will be set amongst a new piece of music and film.

This exhibition marks the beginning of its development with a unique, immersive exhibition showcasing the ‘Hastings Tapestry’, commissioned for the 900th anniversary of the Battle of Hastings. This remarkable 275ft long embroidery consists of 27 panels created by The Royal School of Needlework, showing 81 significant events in British history from 1066 until 1966. This feat of artistic excellence has languished in storage for decades and in previous years was exhibited at the original Hastings Pier.