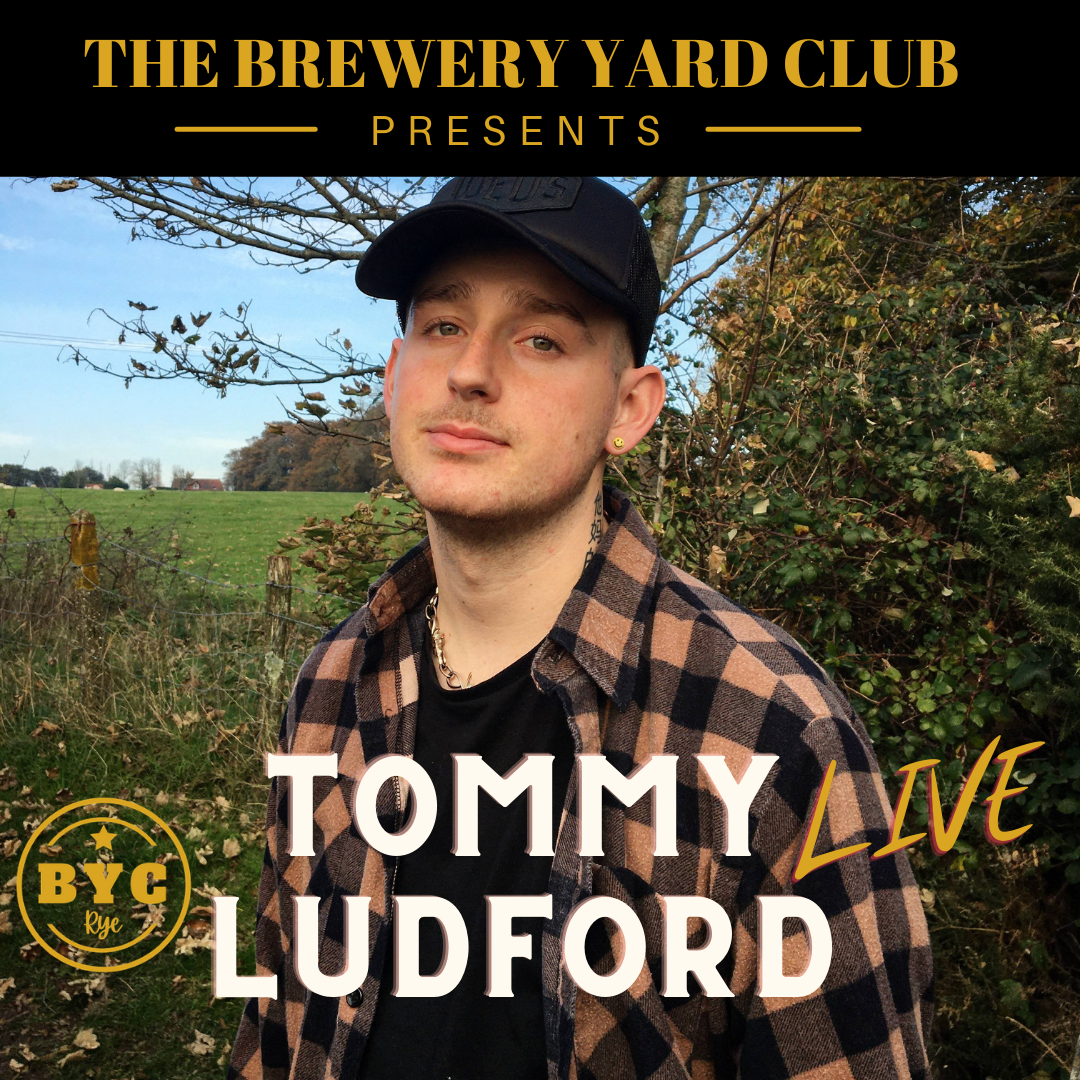 Continuing our ‘Live Music Thursday’ series, we are delighted to welcome Tommy back to the BYC for his first solo gig after lockdown.  Strap yourselves in!

We are serving Happy Hour cocktails between 6-7pm and why not sample our popular Sharing and Lite Bites Menu and make a real night of it?

You can book a table of up to six people.  Book early to avoid dissappointment!

ABOUT TOMMY AND HIS MUSIC
Tommy’s approach to music is refreshing. The 21 year old singer-songwriter has a unique and captivating way of storytelling. Since a young age Tommy has been writing, producing and performing his own songs; equipped with his trusty ol’ 6-string he made quite a name for himself in his hometown of Rye, East-Sussex. In 2018, Tommy impressed the X Factor judges with his original songs before famously falling off the stage at the gruelling Six Chair Challenge. In 2019 Tommy released his debut album titled ‘What’s the Point?’ which was a fresh addition to the indie rock scene; the raw lyrics paired with his punky sound was quirky and distinctive. In mid 2020 Ludford then went on to change his stage name to Billi Bloom, where he released an EP and a couple singles. ‘Today’ and ‘Tequila Cathedral’ were notably popular amongst his fanbase. The now 23 year old songwriter has since returned to creating acoustic, honest music; arriving back at the sound he was originally loved for earlier in his career.

Rye Mutual Aid if you need a helping hand

If you enjoy reading Rye News……

We would welcome a small donation to support the work of our team of volunteers.  We are also looking for local people to join the team. Email info@ryenews.org.uk