I had arranged to meet Paula MacArthur who has been a studio holder for eight years and who kindly agreed to give me an in-depth tour behind the scenes at the former Freda Gardham School, now proudly renamed Rye Creative Centre.

Before the tour I was met by Paula and her two sons, Isaac (musician) and Reuben (graphic designer) as they put the finishing touches to the new sign Reuben had designed and created, funded by Rother District Council, just one example of Paula’s hands-on approach to ‘getting things done properly’.

As you drive past, you, like me could be forgiven for thinking the former school is empty, unloved and under-utilised but nothing could be further from the truth for behind closed doors there is a hive of industry, ‘home’ to 25 local artists, designer-makers and creative companies with permanent studios or archives on site.

Rye Creative Centre celebrates its 10th anniversary this year and Chair of New Road Artists, (Studio Holders Association) Sarah Seymour has been the spokesperson on behalf of all the artists throughout the long and protracted negotiations with the local authority and is confident that a new 10-year lease will soon be granted to allow all these businesses to continue.

There has been a long period of uncertainty regarding the future of the building but with a new lease in place the future of this highly talented and hugely diversified group of individuals will be secured.

This will prove to be a relief to all concerned, particularly as the artists community is self sufficient with no government funding.

My tour took me all over the building, I met many artists who between them specialise in so many areas of expertise including oils, textile design, ceramics, stained glass, felt, fabric design and a variety of printing techniques.

I witnessed many artists at work including Director, Jenny Edbrooke with artists Kim Spuffard, Lee Warren and volunteer, Patrick Cox-Smith as they took five minutes break to enjoy the sunshine in the garden they had created (see photo).

A printing room houses a press where classes cover lino, etching and screen printing. Life drawing is another very popular facility on offer, with many groups already in regular attendance. RX Architects also run their highly successful architectural practice from the building, a serene environment in which to work and think and with open views to inspire.

There is not enough space in this article to showcase all the considerable talent I witnessed, the photos give a snap shot of what is being created. 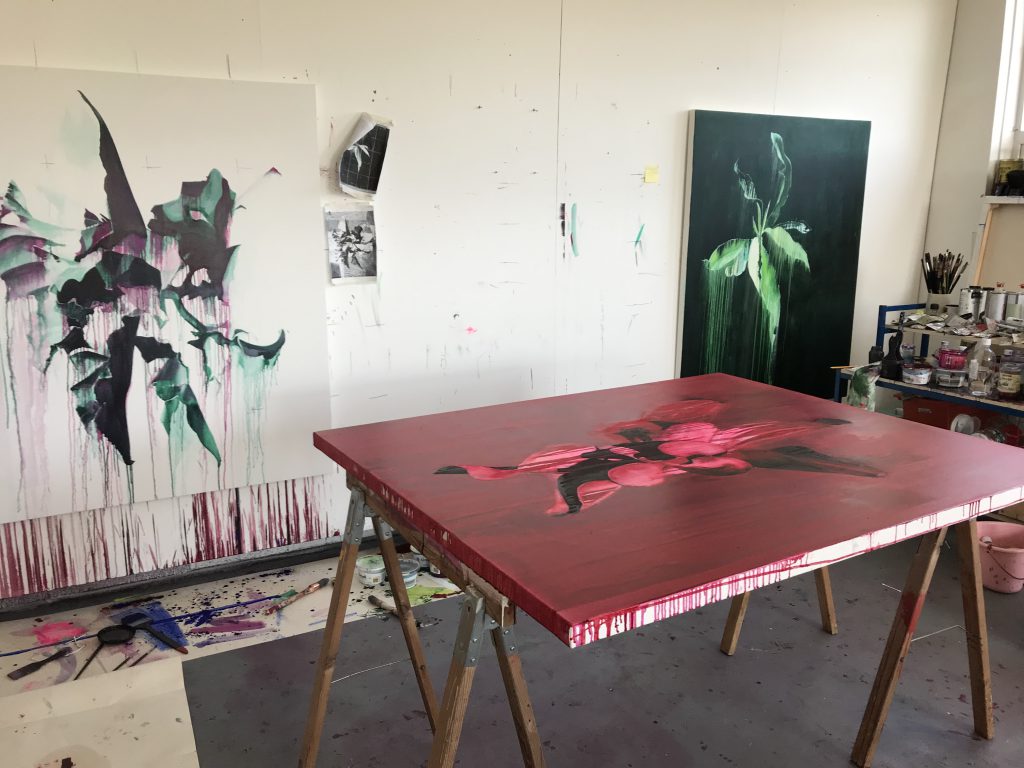 To see more and have the opportunity to secure an original by a local artist why not come along to the next exhibition from September 20-21, 5pm-8pm on Friday 20th and from 11am-4:30pm on Saturday 21st. The exhibition continues until October 11 with a bar on Friday and a cafe on Saturday. Toilets are available and there is plenty of free parking. Further details on ryecreativecentre.co.uk or call 01797 229797 for further information.