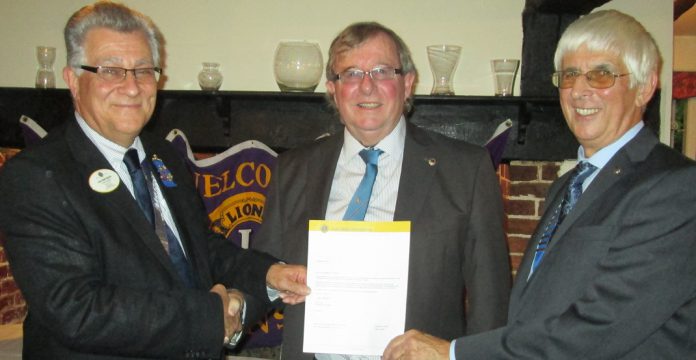 The lunch was a very special occasion for Rye Lions’ long-serving secretary Robert Harvey. Bob was presented with a long-service badge to mark his 45 years as a Lion. Presenting the award, Mason congratulated Bob on his achievement and pointed out that Bob was one of a very few people to receive this honour. Bob was a charter (founder) member of  the Littlehampton club; he then joined Hastings club before coming to Rye. Rye Lions are eager to recruit more members. Anyone wishing to find out more should contact the president Terry Cobby on 01797 252382. Picture shows, l-r: Terry Mason, Bob Harvey and Terry Cobby