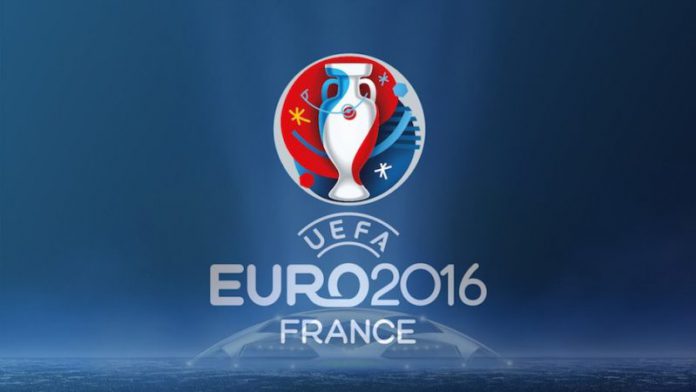 The 2016 UEFA European Championship kicks off this Friday  June 10, with the host and the bookies favourite, France, in action as they face Romania in the first match of the competition.

England head into the European championships following a flawless qualifying campaign, in which captain Wayne Rooney broke the country’s all-time goal scoring record. They have the youngest squad of any team at the tournament – the youngest Three Lions side for 58 years. Marcus Rashford will be the youngest player at the Euros at 18 years and 214 days; will he be able to make an impact? Roy Hodgson’s men have been drawn into Group B alongside Russia, Wales and Slovakia.

Chris Coleman will oversee a Wales team who have qualified for a first major tournament since 1958. Gareth Bale and his teammates will be looking forward to pitting their wits against Europe’s top teams with the ‘Battle of Britain’ against England on Thursday 16 June at 2pm.

Northern Ireland will be making their Euro bow in Group C. A tough group which features the world champions Germany, Poland and the Ukraine. Kyle Lafferty was the top scorer for Ireland during the qualifying campaign scoring 7 goals, whilst Will Grigg has had a phenomenal season for Wigan. Will they continue to terrify defences?

There will be 24 teams participating in the tournament in France, with holders Spain aiming to reassert their dominance after a flat World Cup. Backed by a large Tottenham contingent, Belgium, who are among the favourites are interesting. A golden generation look to have the talent to triumph, but that was true in Brazil 2 years ago and they never really convinced despite reaching the quarterfinals. The loss of captain Vincent Kompany to a thigh injury is a major blow. Incoming Chelsea boss Antonio Conte will lead Italy for a final time in France, before taking the reins at Stamford Bridge later in the summer.

Due to the tournament’s expansion from 16 teams to 24, the four best third-placed sides will progress to the knockout phase, joining the top two finishers from each group. There are two further groups at this year’s tournament, meaning the inclusion of a further knockout round between the group stage and the quarter-final.

You can make a case for several potential winners of the European Championships, but there are question marks about all the leading contenders. In recent history, this tournament has produced huge upset winners in Denmark (1992) and Greece (2004). For that reason, impressive qualifiers Austria might be dangerous outsiders, inspired by Bayern Munich’s David Alaba and Leicester’s title-winning left-back Christian Fuchs.

My heart says England. It’s been a long time, obviously, and we’ve gone into a lot of tournaments with hope and come home disappointed, but maybe this time it could be worth a few quid. They don’t go into it as favourites, but they’re in a clutch of teams that have got a chance. I think the way the groups are, with the enlarged format of the competition, it’s harder not to get out and then hopefully they can get some momentum and go on a roll.

My head says Germany: they never tend to start very well, but tournament football is what they’re good at. They just seem to grow and bond as a unit and deliver when it counts.

Top scorer? I hope it is Kane, Rooney or Vardy, as that probably means England have had a great tournament. Other options from other countries include Lewandowski (Poland), Morata (Spain), Ronaldo (Portugal) Hazard (Belgium).

Who do you think will win the competition and who will be the top goalscorer? Give us your opinions.