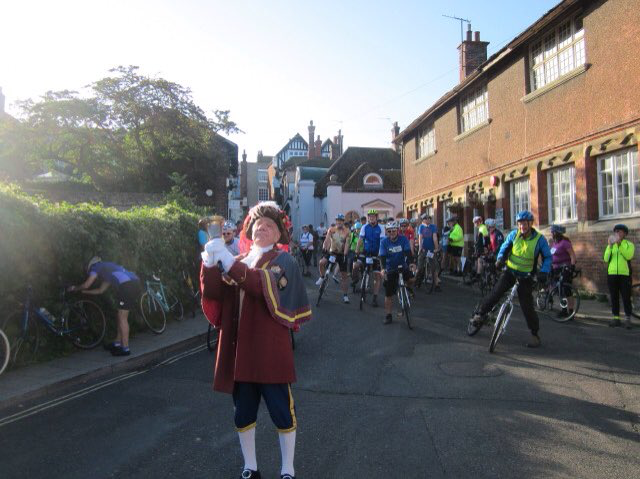 On Sunday September 24, the Rye and District Wheelers (and friends) set off from outside the Rye Club on Market Road on an increasingly popular cycle ride to support local charities. This year more than 130 riders of various abilities took part, including children as young as seven, and two penny farthings, raising more than £1,500.

The distances cycled ranged from 10k through to 100k. Half of the riders choose the 100k route, all of which was marshalled. The route took participants along the coast to Camber and in and amongst the Romney Marsh.

It was the 10th Fun Cycle Challenge hosted with the Rye and Winchelsea Rotary Club and a medal was awarded to all riders who completed their course, as well as a well-deserved cup of tea and slice of cake at the Rye Club.