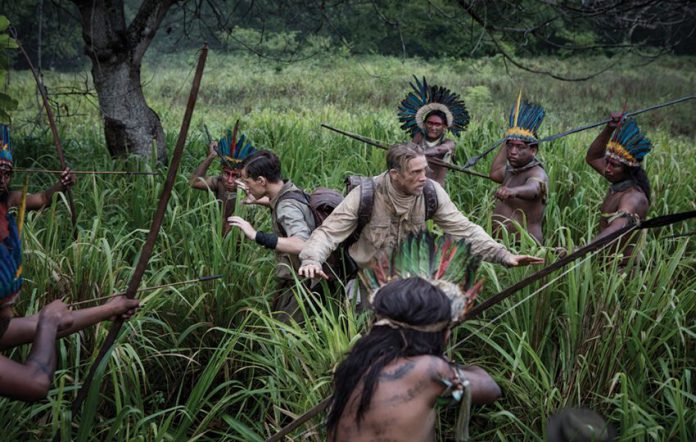 The Lost City of Z [15] 141 mins
At the dawn of the 20th century, British explorer Percy Fawcett journeys into the Amazon, where he discovers evidence of a previously unknown, advanced civilisation. Despite being ridiculed by the scientific establishment, which views indigenous populations as savages, the determined Fawcett, supported by his devoted wife, son, and aide-de-camp, returns to his beloved jungle in an attempt to prove his case. Starring Tom Holland, Charlie Hunnam, Robert Pattinson, Angus Macfadyen and Sienna Miller

Beauty and the Beast (2D) [PG] 130 mins
Disney’s live-action retelling of the studio’s animated classic Beauty And The Beast is the fantastic journey of Belle, a bright, beautiful and independent young woman who is taken prisoner by a beast in his castle. Despite her fears, she befriends the castle’s enchanted staff and learns to look beyond the Beast’s hideous exterior and realise the kind heart and soul of the true prince within. Starring Emma Watson, Dan Stevens, Luke Evans, Kevin Kline, Josh Gad, Ewan McGregor, Stanley Tucci, Ian McKellen and Emma Thompson

Kong: Skull Island (2D) [12A] 118 mins
Scientists, soldiers and adventurers unite to explore a mythical, uncharted island in the Pacific Ocean. Cut off from everything they know, they venture into the domain of the mighty Kong, igniting the ultimate battle between man and nature. A compelling and original adventure from director Jordan Vogt-Roberts, starring Tom Hiddleston, Samuel L Jackson, Brie Larson, John Goodman and John C Reilly.

Viceroy’s House [12A] 106 mins
For six months in 1947, Lord Mountbatten was charged with handing India back to its people. A fascinating tale of upstairs-downstairs life, the film’s story unfolds within Viceroy’s House in Delhi, the home of the British rulers of India where the Mountbattens lived with their daughter and 500 Hindu, Muslim and Sikh servants. As the political elite – Nehru, Jinnah and Gandhi – converge on the House to wrangle over the birth of independent India, conflict erupts. Directed by Gurinder Chadha (Bend It Like Beckham) and starring Hugh Bonneville, Gillian Anderson, Michael Gambon, Manish Dayal, Simon Callow, Om Puri, Simon Williams and Huma Qureshi.

Smurfs: The Lost Village [U] 90 mins
In this fully animated, all-new take on the Smurfs, a mysterious map sets Smurfette and her best friends Brainy, Clumsy and Hefty on an exciting and thrilling race through the Forbidden Forest filled with magical creatures to find a mysterious lost village before the evil wizard Gargamel does. With the voices of Ariel Winter, Julia Roberts, Ellie Kemper, Joe Manganiello, Michelle Rodriguez and Mandy Patinkin.

National Theatre Live: Twelfth Night. Screening live by satellite at 7pm on Thursday April 6
Tamsin Greig is Malvolia in a new twist on Shakespeare’s classic comedy of mistaken identity directed by Simon Godwin. A ship is wrecked on the rocks. Viola is washed ashore but her twin brother Sebastian is lost. Determined to survive on her own, she steps out to explore a new land. So begins a whirlwind of mistaken identity and unrequited love. The nearby households of Olivia and Orsino are overrun with passion. Even Olivia’s upright housekeeper Malvolia is swept up in the madness. Where music is the food of love, and nobody is quite what they seem, anything proves possible.