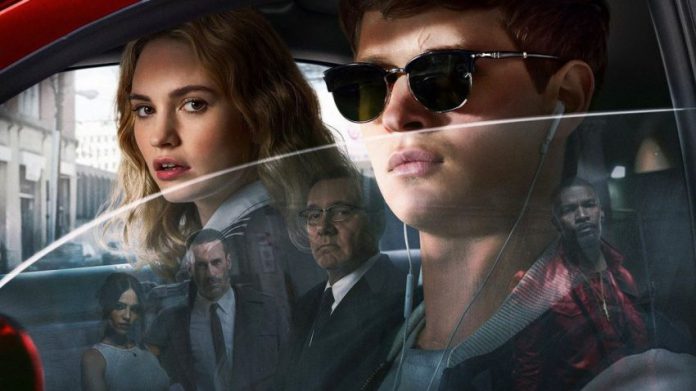 Baby Driver [15] 113 mins
A talented young getaway driver relies on the beat of his personal soundtrack to be the best in the game. After meeting the woman of his dreams, he sees a chance to ditch his shady lifestyle and make a clean break. But after being coerced into working for a crime boss, he has to face the music when a doomed heist threatens his life, love and freedom. Directed by Edgar Wright (Hot Fuzz) and starring Ansel Elgort, Lily James, Kevin Spacey, Jon Hamm, Jamie Foxx and Jon Bernthal.

Hampstead [12A] 103 mins
Based on a true story, Hampstead is a charming tale about how love can be found in the most unexpected places and proves once and for all that age is no barrier to second chances. An American widow finds unexpected love with a man living wild on Hampstead Heath when they take on the developers who want to destroy his home. An outstanding cast includes Diane Keaton, Brendan Gleeson, James Norton, Lesley Manville and Simon Callow.

Whitney: ‘Can I Be Me’ [15] 105 mins
Made with largely never-seen before footage and exclusive live recordings, acclaimed director Nick Broomfield’s film tells Whitney Houston’s incredible and poignant life story with insights from those closest to her. Whitney was the epitome of superstar, an American Princess and the most awarded female artist ever. Even though she had made millions of dollars, had more consecutive number ones than The Beatles and became recognised as having one of the greatest voices of all time, she still wasn’t free to be herself and died at just 48 years old.

Wonder Woman (2D) [12A] 141mins
An Amazon princess finds her idyllic life on an island occupied only by female warriors interrupted when a pilot crash-lands nearby. After rescuing him, she learns that the First World War is engulfing the planet, and vows to use her superpowers to restore peace. Directed by Patty Jenkins (Monster) and starring Gal Gadot, Chris Pine, Robin Wright, David Thewlis, Connie Nielsen and Ewen Bremner.

Churchill [PG] 98 mins
Tensions mount for beleaguered British Prime Minister Winston Churchill in the days leading up to the Allied D-Day landings in Normandy, in June 1944. Exhausted by years of war, plagued by depression and obsessed with his historical destiny, he is reluctant to embark on the large-scale campaign, one upon which the entire war effort hinges. Support comes from his brilliant and unflappable wife Clemmie, who halts Winston’s physical, mental and spiritual collapse and inspires him on to greatness. A superb cast starring Brian Cox, Miranda Richardson, John Slattery, James Purefoy and Julian Wadham. Boss Baby (2D) [12A] 141 mins
The Boss Baby is a most unusual baby. He wears a suit, speaks with the voice and wit of Alec Baldwin. This is the story about how a new baby’s arrival impacts a family, told from the point of view of a delightfully unreliable narrator, a wildly imaginative seven-year-old named Tim. From DreamWorks Animation and the director of Madagascar.

Royal Shakespeare Company Live: Titus Andronicus [12A] approx 180 mins including interval. Wednesday July 9 at 7pm
The decay of Rome reaches violent depths in Shakespeare’s most bloody play. Titus is a ruler exhausted by war and loss, who relinquishes power but leaves Rome in disorder. Rape, cannibalism and severed body parts fill the moral void at the heart of this corrupt society. Shakespeare’s gory revenge tragedy presents us with murder as entertainment, and, as the body count piles up, poses questions about the nature of sexuality, family, class and society. David Troughton takes the title role in a production by Blanche McIntyre.

La Clemenza Di Tito. LIVE from Glyndebourne, Thursday August 3, at 6pm
Spurned by Tito, Vitellia seeks revenge. Besotted Sesto agrees to avenge her as a token of his love, but all does not go to plan. Mozart’s opera, loosely based on the life of the Roman Emperor Titus, delivers all of the sublime musical beauty and heart-tugging humanity we expect of him. Australian tenor Steve Davislim makes his Glyndebourne debut as Tito, with Alice Coote as Vitellia and Kate Lindsey as Sesto.