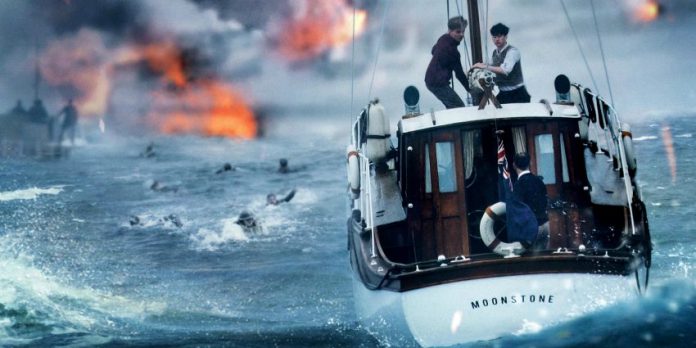 Dunkirk [12A] 106 mins
Acclaimed director Christopher Nolan’s spectacular Second World War drama told from three different perspectives – land, air and sea. In May 1940, Germany advanced into France, trapping Allied troops on the beaches of Dunkirk. Under air and ground cover from British and French forces, troops were slowly and methodically evacuated from the beach using every serviceable naval and civilian vessel that could be found. At the end of this heroic mission, 330,000 French, British, Belgian and Dutch soldiers were safely evacuated. Tom Hardy, Kenneth Branagh and Mark Rylance co-star, with Cillian Murphy, Jack Lowden, Harry Styles and James D’Arcy.

Cars 3 (2D) [U] 109 mins
Blindsided by a new generation of blazing-fast cars, the legendary Lighting McQueen
finds himself pushed out of the sport that he loves. Hoping to get back in the game, he
turns to Cruz Ramirez, an eager young technician who has her own plans for winning.
With inspiration from the Fabulous Hudson Hornet and a few unexpected turns, No 95
prepares to compete on Piston Cup Racing’s biggest stage.

War For The Planet Of The Apes (2D) [12A] 140 mins
Caesar and his apes are forced into a deadly conflict with an army of humans led by a ruthless Colonel. After the apes suffer unimaginable losses, Caesar wrestles with his darker instincts and begins his own mythic quest to avenge his kind. As the journey finally brings them face to face, Caesar and the Colonel are pitted against each other in an epic battle that will determine the fate of both their species and the future of the planet. Starring Woody Harrelson with the voices of Andy Serkis and Judy Greer.

Baby Driver [15] 113 mins
A talented young getaway driver relies on the beat of his personal soundtrack to be the best in the game. After meeting the woman of his dreams, he sees a chance to ditch his shady lifestyle and make a clean break. But after being coerced into working for a crime boss, he has to face the music when a doomed heist threatens his life, love and freedom. Directed by Edgar Wright (Hot Fuzz) and starring Ansel Elgort, Lily James, Kevin Spacey, Jon Hamm, Jamie Foxx and Jon Bernthal. Despicable Me 3 (2D) & (3D) [U] 90 mins
The adventures of Gru, Lucy, their adorable daughters and the Minions continue as they take on villain Balthazar Bratt, a former child star who’s grown up to become obsessed with the character he played in the 1980s, and proves to be Gru’s most formidable nemesis to date. With the voices of Steve Carell, Kristen Wiig and Trey Parker.

This runs for the first film at weekends. Great children’s films for just £7 and for every child ticket bough,t an adult goes free. Grab a Kids’ Club loyalty card, have it stamped five times and get your sixth ticket free.

Royal Shakespeare Company Live: Titus Andronicus [12A] approx 180 mins including interval. Wednesday August 9 at 7pm
The decay of Rome reaches violent depths in Shakespeare’s most bloody play. Titus is a ruler exhausted by war and loss, who relinquishes power but leaves Rome in disorder. Rape, cannibalism and severed body parts fill the moral void at the heart of this corrupt society. Shakespeare’s gory revenge tragedy presents us with murder as entertainment, and, as the body count piles up, poses questions about the nature of sexuality, family, class and society. David Troughton takes the title role in a production by Blanche McIntyre.

National Theatre Live: Yerma, Thursday August 31 at 7pm
The incredible Billie Piper (Penny Dreadful, Great Britain) returns in her Olivier and Evening Standard Best Actress award-winning role. A young woman is driven to the unthinkable by her desperate desire to have a child in Simon Stone’s radical production of Lorca’s powerful masterpiece. Set in contemporary London, Piper’s portrayal of a woman in her 30s desperate to conceive builds with elemental force to a staggering, shocking, climax.

GLYNDEBOURNE FESTIVAL 2017
La Clemenza Di Tito. LIVE from Glyndebourne, Thursday August 3, at 6pm
Spurned by Tito, Vitellia seeks revenge. Besotted Sesto agrees to avenge her as a token of his love, but all does not go to plan. Mozart’s opera, loosely based on the life of the Roman Emperor Titus, delivers all of the sublime musical beauty and heart-tugging humanity we expect of him. Australian tenor Steve Davislim makes his Glyndebourne debut as Tito, with Alice Coote as Vitellia and Kate Lindsey as Sesto.