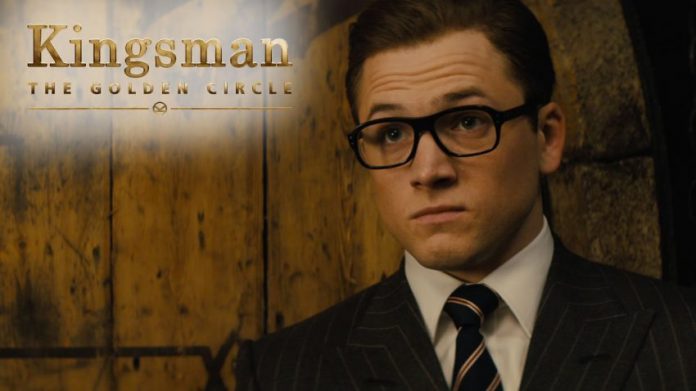 Kingsman: The Golden Circle [15] 141 mins
With their headquarters destroyed and the world held hostage, members of Kingsman find new allies when they discover a spy organisation in the United States known as Statesman. In an adventure that tests their strength and wits, the elite secret agents from both sides of the pond band together to battle a ruthless enemy and save the day, something that’s becoming a bit of a habit for Eggsy. Based upon the acclaimed comic book and directed by Matthew Vaughan (Kick Ass, X-Men First Class) and starring Taron Egerton, Colin Firth, Mark Strong, Channing Tatum, Halle Berry, Pedro Pascal, Julianne Moore, Jeff Bridges, Vinnie Jones, Sophie Cookson, Elton John and Samantha Womak

Goodbye Christopher Robin [PG] 107 mins
A rare glimpse into the relationship between beloved children’s author A. A. Milne and his son Christopher Robin, whose toys inspired the magical world of Winnie-the-Pooh. Along with his mother Daphne and his nanny Olive, Christopher Robin and his family are swept up in the international success of the books; the enchanting tales bringing hope and comfort to England after the First World War. But with the eyes of the world on Christopher Robin, what will the cost be to the family? Directed by Simon Curtis (My Week With Marilyn) and starring Domhnall Gleeson, Margot Robbie and Kelly Macdonald

IT [15] 135 mins
Seven young outcasts in Derry, Maine, are about to face their worst nightmare – an ancient, shape-shifting evil that emerges from the sewer every 27 years to prey on the town’s children. Banding together over the course of one horrifying summer, the friends must overcome their own personal fears to battle the murderous, bloodthirsty clown known as Pennywise. A chilling film based on the hugely popular novel of the same name by Stephen King and starring Bill Skarsgård, Jaeden Lieberher and Finn Wolfhard.

The Devil Wears Prada (2006) [U] 134 mins, Wednesday October 4 at 7.30pm
Andrea is a small-town girl in her first job out of college, who tries to navigate the waters of the high-powered fashion magazine world – while surviving her impossibly demanding new boss, Miranda Priestly. Directed by David Frankel and starring Meryl Streep, Anne Hathaway and Emily Blunt.

Once a month, the Silver Room is transformed into a members’ screening lounge with a complimentary glass of prosecco, nibbles and a favourite film. For Kino members only. Booking in advance by phone 01797 226293 and in person only (no online). Seats are limited and subject to availability at time of booking. The Emoji Movie (2D) [U] 86 mins
Hidden inside a smartphone in the bustling city of Textopolis, three emojis, Gene, Hi-5 and a notorious code breaker called Jail Break discover a great danger that could threaten their phone’s very existence.

All tickets are £7 unless it is a Kids’ Club screening when the accompanying adult is free.

This runs for the first film at weekends and at various other times (see quick-view listings page). Great children’s films for just £7 and for every child ticket bought, an adult goes free. Grab a Kids’ Club loyalty card, have it stamped five times and get your sixth ticket free.

National Theatre Live:
Hamlet Encore, Thursday October 5 at 7:30pm, approximately 3hrs 20mins with no interval
Hamlet, starring Benedict Cumberbatch, is returning to cinemas following its enormous success back in 2015. As a country arms itself for war, a family tears itself apart. Forced to avenge his father’s death but paralysed by the task ahead, Hamlet rages against the impossibility of his predicament, threatening both his sanity and the security of the state.

Yerma Encore, Thursday October 19 at 8pm
The incredible Billie Piper (Penny Dreadful, Great Britain) returns in her Olivier and Evening Standard Best Actress award-winning role. A young woman is driven to the unthinkable by her desperate desire to have a child in Simon Stone’s radical production of Lorca’s achingly powerful masterpiece. The unmissable theatre phenomenon sold out at the Young Vic. Set in contemporary London, Piper’s portrayal of a woman in her thirties desperate to conceive builds with elemental force to a staggering, shocking, climax.
Please note that the performance of Yerma includes strobe lighting.

Follies,  Thursday November 16 at 7pm
Stephen Sondheim’s legendary musical is staged for the first time at the National Theatre and broadcast live to cinemas. New York, 1971. There’s a party on the stage of the Weismann Theatre. Tomorrow the iconic building will be demolished. Thirty years after their final performance, the Follies girls gather to have a few drinks, sing a few songs and lie about themselves. Tracie Bennett, Janie Dee and Imelda Staunton play the magnificent Follies in this dazzling new production. Featuring a cast of 37 and an orchestra of 21, it’s directed by Dominic Cooke (The Comedy of Errors).

Royal Shakespeare Company Live:
Coriolanus, Wednesday October 11 at 7pm, approximately 3hrs including an interval
Caius Martius Coriolanus is a fearless soldier but a reluctant leader. His ambitious mother attempts to carve him a path to political power, but he struggles to change his nature and do what is required to achieve greatness. In this new city state struggling to find its feet, where the gap between rich and poor is widening every day, Coriolanus must decide who he really is and where his allegiances lie. Starring Sope Dirisu, Haydn Gwynne, Charles Aitken, Paul Jesson, James Corrigan and Hannah Morrish. Booking from 2pm, Friday, September 8.

The Nutcracker (2017),  Tuesday December 5 at 7:15pm
Peter Wright’s nigh-on definitive production for the Royal Ballet ranks as one of the most enduring and enchanting versions of The Nutcracker. With its festive period setting, dancing snowflakes and enchanting stage magic, Lev Ivanov’s 1892 ballet has become the perfect Christmas entertainment, with Tchaikovsky’s sumptuous, sugar-spun music the most recognisable of all ballet scores. Loosely based on the story by ETA Hoffmann, the ballet opens with a lively Christmas party, its Victorian setting captured in opulent detail by Julia Trevelyan Oman’s designs. Wright’s choreography ingeniously incorporates surviving fragments of the ballet’s original material, including the sublime pas de deux for the Sugar Plum Fairy and her Prince. But in emphasising the relationship between Clara and the Nutcracker Prince, the production also gains a touching subtext of first love. Conductor and cast to be confirmed.