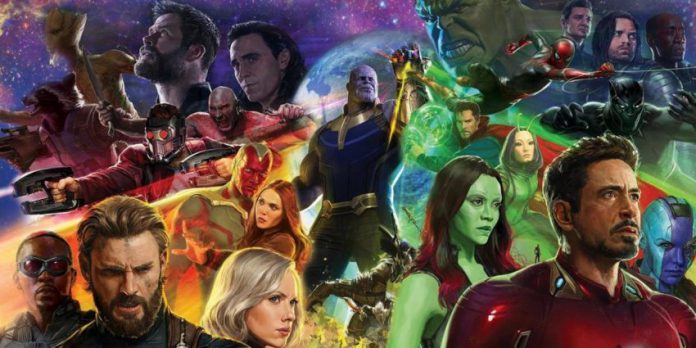 Films showing from Friday April 27 at the Kino, Rye

Avengers: Infinity War (2D & 3D) [12A] 149 mins
An unprecedented cinematic journey 10 years in the making and spanning the entire Marvel Cinematic Universe, Marvel Studios’ Avengers: Infinity War brings to the screen the ultimate, deadliest showdown of all time. The Avengers and their super-hero allies must be willing to sacrifice all in an attempt to defeat the powerful Thanos before his blitz of devastation and ruin puts an end to the universe. Starring among all the many super-hero actors are: Chris Evans, Chris Hemsworth, Chris Pratt, Robert Downey Jnr, Scarlett Johansson, Mark Ruffalo, Jeremy Renner, Chadwick Boseman, Benedict Cumberbatch, Tom Holland, Elizabeth Olsen, Karen Gillan, Paul Bettany, Tom Hiddleston, Don Cheadle, Josh Brolin, Zoe Saldana, Vin Diesel, Gwyneth Paltrow, Benicio del Toro, Idris Elba and Letitia Wright.
Funny Cow [15] 103 mins
Set against the backdrop of working men’s clubs and the stand-up comedy circuit of the North of England, Funny Cow charts the rise to stardom of a female comedienne through the 1970s and 1980s. From her troubled childhood to her turbulent adult relationships and being a stand-up comedienne in an all-male world, the film delivers tragedy and comedy in equal measure. Starring Maxine Peake, Tony Pitts, Paddy Considine, Alun Armstrong and Stephen Graham.
The Guernsey Literary & Potato Peel Pie Society [12A] 124 mins
In the London of 1946, Juliet, a charismatic and free-spirited writer receives a letter from a member of a mysterious literary club started in Nazi-occupied Guernsey. Her curiosity piqued, Juliet decides to visit the island. There she meets the delightfully eccentric members of the Guernsey Literary & Potato Peel Pie Society, including Dawsey, the rugged and intriguing farmer who wrote her the letter. As the secrets from their wartime past unfold, Juliet’s growing attachment to the island, the book club and her affection for Dawsey will change the course of her life for ever. Directed by Mike Newell (Four Weddings And A Funeral, High Fidelity) and starring Lily James, Matthew Goode, Jessica Brown Findlay, Michiel Huisman, Katherine Parkinson and Glen Powell.
Kino Music Mondays:
Les Misérables, Monday April 30, 7:30pm Isle of Dogs [PG] 101 mins
In this stop-motion-animated film from writer/director Wes Anderson, an outbreak of canine flu in Japan leads all the canine pets of Megasaki City to be exiled to a vast garbage-dump called Trash Island. Determined to rescue his dog, 12-year-old Atari flies across the river in search of Spots. There, with the assistance of a pack of newly-found mongrel friends, he begins an epic journey that inspires a group of dog lovers to expose a government conspiracy. The voice cast includes Bryan Cranston, Liev Schreiber, Edward Norton, Bill Murray, Scarlett Johansson, Tilda Swinton, Greta Gerwig and Yoko Ono.
This runs for the first film at weekends and at various other times (see quick-view listings page).
Great children’s films for just £8 and for every child ticket bought, an adult goes free. Grab a Kids’ Club loyalty card, have it stamped five times and get your sixth ticket free.
For further information and booking visit Kino Rye or check the quick-view listings page.
For Kino theatre shows and special events see Let’s go to a show!