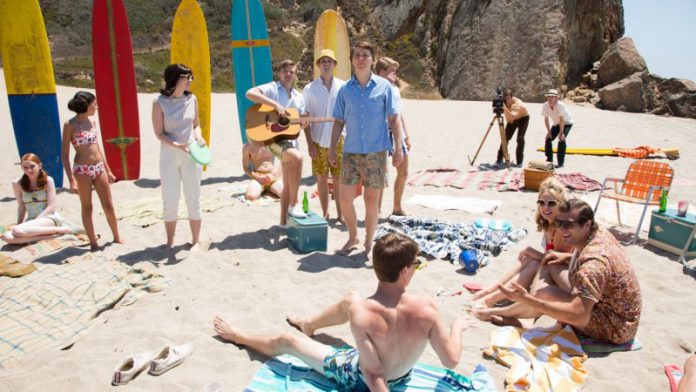 Showing at Rye Kino from July 24:

Inside Out (2D) [U] 102 mins.  Pixar’s imaginative journey into a young girl’s mind is a pure delight. Growing up can be a bumpy road and it’s no exception for Riley, who is uprooted from her Midwest life when her father starts a new job in San Francisco. Like all of us, Riley is guided by her emotions – Joy, Fear, Anger, Disgust and Sadness. The emotions live in Headquarters, the control centre inside Riley’s mind, where they help advise her through everyday life. As Riley and her emotions struggle to adjust to a new life in San Francisco, turmoil ensues in Headquarters. Although Joy, Riley’s main and most important emotion, tries to keep things positive, the emotions conflict on how best to navigate a new city, house and school. Written and directed by Pete Docter (Up!), with the voices of Amy Poehler, Bill Hader, Diane Lane and Kyle MacLachlan.

Amy [15] 128 mins.  From Bafta award-winning director Asif Kapadia (Senna), Amy tells the incredible story of six-time Grammy-winner Amy Winehouse – in her own words. A once-in-a-generation talent, Amy was a musician who captured the world’s attention with her unforgettable voice and charisma. Experiencing a meteoric rise to fame, the relentless and invasive media attention, coupled with Amy’s troubled relationships and addictions, led her into a tragic cycle of self-destruction, resulting in her untimely death at the age of 27. Featuring extensive unseen archive footage and previously unheard tracks, this strikingly modern, moving and vital film shines a light on the world we live in today.

Spy [15] 120 mins.  Melissa McCarthy is Susan Cooper, an unassuming, deskbound CIA analyst and the unsung hero behind the Agency’s most dangerous missions. But when her partner falls off the grid and another top agent is compromised, she volunteers to go deep undercover to infiltrate the world of a deadly arms dealer, and prevent a global disaster. From the director of Bridesmaids, also starring Rose Byrne, Jude Law and Jason Statham.

Minions (2D) & (3D) [U] 90 mins.  The story of the Minions begins at the dawn of time. Starting as single-celled yellow organisms, Minions evolve through the ages, perpetually serving the most despicable of masters. But one Minion named Kevin has a plan, and he – alongside teenage rebel Stuart and lovable little Bob – ventures out into the world to find a new evil boss for his brethren to follow. The trio embark on a thrilling journey that leads them to the world’s first-ever female super-villain and their biggest challenge to date: saving all of Minionkind from annihilation. With the voices of Sandra Bullock, Jon Hamm, Michael Keaton, Jennifer Saunders and Steve Coogan.

Inside Out (2D) [U] 102 mins.  Pixar’s imaginative journey into a young girl’s mind is a pure delight.. (see above for full review).

Great children’s films for only £6.50 and for every child ticket bought an adult goes free! Runs first film at weekends. Grab a Kids Club loyalty card, have it stamped five times and you get your 6th ticket free!