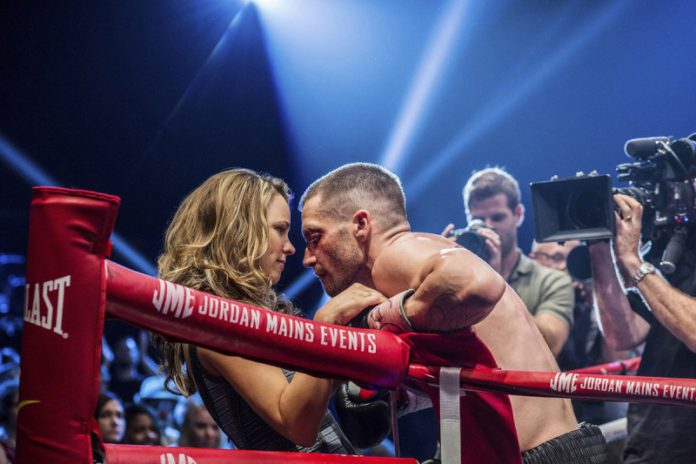 Films showing at Rye Kino from Friday, August 21 include:

Southpaw [15] 124 mins   Billy Hope seemingly has it all with an impressive career, a beautiful and loving wife, an adorable daughter and a lavish lifestyle. But when tragedy strikes, he hits rock bottom and turns to an unlikely saviour at a run-down local gym. From acclaimed director Antoine Fuqua (Training Day), Southpaw tells the riveting story of Billy “The Great” Hope, reigning Light Heavyweight Boxing Champion of the World and stars Jake Gyllenhaal, Amy Adams, Forest Whitaker, Naomie Harris and Curtis “50 Cent” Jackson

Mission: Impossible – Rogue Nation [12A] 132 mins   With the IMF disbanded and Ethan out in the cold, the team confronts a network of highly-skilled special agents, the Syndicate. These highly-trained operatives are hellbent on creating a new world order through an escalating series of terrorist attacks. Ethan gathers his team and joins forces with British agent Ilsa Faust, who may or may not be a member of this rogue nation, as the group faces their most impossible mission yet. Starring Tom Cruise, Jeremy Renner, Simon Pegg, Rebecca Ferguson, Alec Baldwin and Sean Harris.

The Choir [PG] 103 mins   An uplifting story of talent, adolescence and mentorship, this is the inspirational tale of a rebellious boy with a remarkable gift who is challenged by a demanding teacher trying to make the most unlikely of dreams come true. The film includes a beautiful soundtrack of choral music by Handel, Britten and Mendelssohn and a stellar cast including Dustin Hoffman, Kathy Bates, Eddie Izzard and Debra Winger.

The Legend of Barney Thomson [15] 96 mins  Barney Thomson, awkward, diffident, Glasgow barber, lives a life of desperate mediocrity. But his uninteresting life is about to go from 0 to 60 in five seconds, as he enters the grotesque and comically absurd world of the serial killer when he kills his boss by accident. A blackly-comic thriller directed by and starring Robert Carlyle, with Emma Thompson giving a hilarious performance as his bingo-obsessed mother, the formidable good-time girl Cemolina. Also starring Ray Winstone and Tom Courtenay.

The Diary of a Teenage Girl [18] 102 mins  Like most teenage girls, Minnie Goetze is longing for love, acceptance and a sense of purpose in the world. But when she begins a complex love affair with her mother’s boyfriend, what follows is a sharp, funny and provocative account of one girl’s sexual and artistic awakening. Set in San Francisco in the 1970’s and based on the book by Phoebe Gloeckner, The Diary Of A Teenage Girl has won awards from the Sundance, Berlin and Edinburgh film festivals and stars British actor Bel Powley with Alexander Skarsgård and Kristen Wiig.

Marshland [PG] 104 mins Subtitled  A huge box office hit in its native Spain last year where it won an incredible 10 Spanish Academy Goya Awards (including Best Film, Best Director and Best Actor), Alberto Rodriguez’s gripping and stylish thriller is drawing comparisons to The Secret In Their Eyes and The Girl With The Dragon Tattoo. Set in the Andalusian wetlands in 1980, at the start of Spain’s transition to democracy, two teenage girls go missing in a remote and forgotten town. Two troubled homicide detectives with contrasting approaches must put aside their differences to hunt a predator who for years has terrorised a community rooted in misogyny and machismo. Starring Javier Gutiérrez, Raúl Arévalo and María Varod.

The Gift [15] 108 mins  Can you really go through life having never wronged anyone? Simon and Robyn are a young married couple whose life is going just as planned until a chance encounter with an acquaintance from Simon’s high school sends their world into a harrowing tailspin. As Robyn learns the unsettling truth about what happened 20 years ago, she starts to question: how well do we really know the people closest to us, and are past bygones ever really bygones? Starring Jason Bateman, Rebecca Hall and Joel Edgerton.

Minions  (2D) & (3D) [U] 90 mins. The story of the Minions begins at the dawn of time. Starting as single-celled yellow organisms, Minions evolve through the ages, perpetually serving the most despicable of masters. But one Minion named Kevin has a plan, and he – alongside teenage rebel Stuart and lovable little Bob – ventures out into the world to find a new evil boss for his brethren to follow. The trio embark on a thrilling journey that leads them to the Minions world’s first-ever female super-villain and their biggest challenge to date: saving all of Minionkind from annihilation. With the voices of Sandra Bullock, Jon Hamm, Michael Keaton, Jennifer Saunders and Steve Coogan.

Doctor Proctor’s Fart Powder [PG] 83 mins   How far can a successful fart get you? Will it only lead to a good laugh, or could you possibly gain international recognition? The somewhat insane Doctor Proctor has accidentally invented the world’s most powerful fart powder. When two kids from his neighbourhood drop by for an unexpected visit, it becomes the beginning of an unusual friendship and a riotous business project. Based on the books by successful Norwegian crime-noir and children’s writer Jo Nesbo, this is a modern-day fairy tale set in a world where the most normal adult is a mad professor, and where the farts are powerful enough to launch you into outer space.