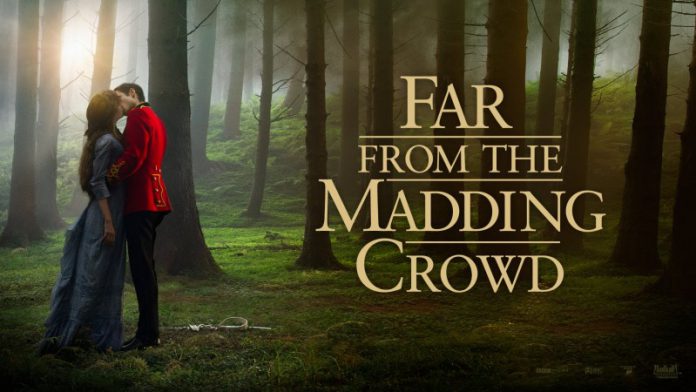 This week’s featured film showing at the Rye Community Film Club on Friday January 8 is Far from the Madding Crowd (2015 – 119 minutes)  Set in Victorian England, the independent and headstrong Bathsheba Everdene attracts three very different suitors; sheep farmer Gabriel Oak, the dashing but reckless Sergeant Troy and William Boldwood, a mature and prosperous bachelor. Which one will it be? Starring Carey Mulligan as Bathsheba with Matthias Schoenaerts and Michael Sheen in the latest updating of Hardy’s classic story. (7pm start, doors 6:30pm)

Other movies and events coming up at the Rye Kino from Friday January 8 include:

Carol [15] 119 mins  Set in 1950s New York, a young woman working in a department store falls for an older woman trapped in a loveless but convenient marriage. What follows is a beautiful love story with complicated consequences. Based on the novella by Patricia Highsmith, this highly-acclaimed film stars Cate Blanchett and Rooney Mara with Sarah Paulson and Kyle Chandler. The Peanuts Movie (2D) [U] 93 mins  Charlie Brown, Snoopy, Lucy, Linus and the rest of the “Peanuts’ gang make their big-screen debut, like they’ve never been seen before. Charlie Brown, the world’s most beloved underdog, embarks upon an epic and heroic quest, while his best friend, the lovable beagle Snoopy, takes to the skies to pursue his arch-nemesis, the Red Baron. From the imagination of Charles M Schulz and the creators of the Ice Age films, The Peanuts Movie proves that every underdog has his day. With the voices of Noah Schnapp, Bill Melendez and Hadley Belle Miller.

Florence and the Uffizi Gallery [PG] 85 mins  Monday 11th January at 8:30pm  Take a journey into the city that was the cradle of the Italian Renaissance, through the most beautiful and representative works of art from the period by Michelangelo, Brunelleschi, Raphael, Leonardo and Botticelli. The Uffizi Gallery will be brought back to life after several years of restoration and unveiled in a worldwide exclusive premiere on the big screen.

Rhapsody / The Two Pigeons LIVE: Tuesday January 26 at 7:15pm This delightful Frederick Ashton double bill opens with his setting of Rachmaninoff’s Rhapsody on a Theme of Paganini, using the music’s dark turbulence and brilliance to inspire some of his most thrilling choreography. The second half of the programme features Ashton’s delicate, deceptively comic The Two Pigeons – a work rarely performed and a real treat for ballet fans everywhere. Starring Natalia Osipova, Steven McRae, Lauren Cuthbertson, Vadim Muntagirov, Laura Morera and Ryoichi Hirano.

La Traviata LIVE: Thursday February 4 at 6.45pm  La Traviata is regarded as one of Verdi’s finest operas, and Richard Eyre’s traditional staging, is one of The Royal Opera’s most popular productions. The opera tells the story of the Parisian courtesan Violetta Valéry, one of opera’s greatest heroines, based on the real-life courtesan Marie Duplessis, who died in 1847 aged just 23. Starring Venera Gimadieva, Saimir Pirgu and Luca Salsi.