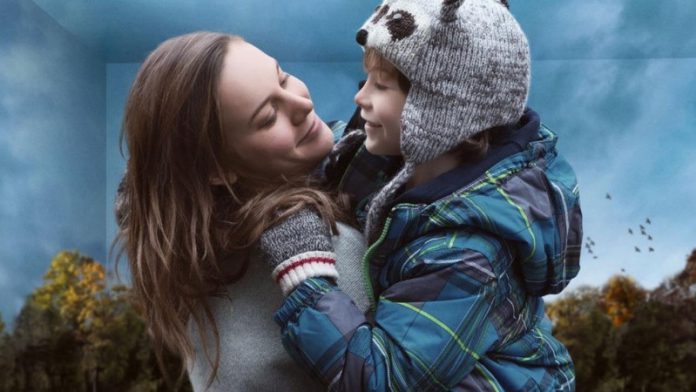 Movies and events coming up at the Rye Kino from Friday January 29 include:

Room [15] 118 mins  This film is an unparalleled celebration of the bond between parent and child. Ma has created a whole universe in Room for five year old Jack, where they have both lived for Jack’s whole life. But when Ma decides they have to escape, she risks everything. Based on the best selling book by Emma Donoghue, Room is directed by Lenny Abrahamson and stars Brie Larson, Jacob Tremplay, Joan Allen and William H Macy.

Creed [12A] 133 mins   Adonis Johnson never knew his famous father, world heavy weight champion Apollo Creed, who died before he was born. Still, there’s no denying that boxing is in his blood, so Adonis heads to Philadelphia, the site of Apollo Creed’s legendary match with a tough upstart named Rocky Balboa. Rocky sees in Adonis the strength and determination he had known in Apollo – the fierce rival who became his closest friend. Starring Golden Globe winner and Oscar nominee Sylvester Stallone with Michael B Jordan, Tessa Thompson and Graham McTavish

The Hateful Eight [18] 168 mins   Set a few years after the American Civil War, a stagecoach hurtles through the wintry Wyoming landscape. The passengers seek refuge at Minnie’s Haberdashery, a stagecoach stopover on a mountain pass. When they arrive at Minnie’s, they are greeted not by the proprietor but by four unfamiliar faces. As the storm escalates, our eight travellers come to learn they may not make it to Red Rock after all . . . Directed by Quentin Tarantino, starring Samuel L Jackson, Kurt Russell, Jennifer Jason, Tim Roth, Bruce Dern and Channing Tatum, with a score by Ennio Morricone.

Joy (12A) 124mins  This is the wild story of a family across four generations centered on the girl who becomes a woman who founds a business dynasty and becomes a matriarch in her own right. Betrayal, treachery, the loss of innocence and the scars of love, pave the road in this intense emotional and human comedy about becoming a true boss of family and enterprise facing a world of unforgiving commerce. Allies become adversaries and adversaries become allies, both inside and outside the family, as Joy’s inner life and fierce imagination carry her through the storm she faces. Directed by David O Russell (American Hustle, Silver Linings Playbook) and starring Jennifer Lawrence, Robert De Niro and Bradley Cooper.

Rye Kino will be hosting a Question and Answer session with Matt Charman, the Oscar and BAFTA nominated screenwriter of Bridge Of Spies at Kino Rye only after the screening on Friday January 29 at 7:45pm – Bridge of Spies [12A] 141 mins  A dramatic thriller set against the backdrop of a series of historic events. This is the story of James Donovan, a Brooklyn lawyer who finds himself thrust into the centre of the Cold War when the CIA sends him on the near-impossible task to negotiate the release of a captured American U-2 pilot. This is a story inspired by true events that captures the essence of a man who risked everything and vividly brings his personal journey to life directed by Steven Spielberg, written by Matt Charman and Ethan and Joel Coen and starring Tom Hanks, Mark Rylance, Scott Shepherd, Sebastian Koch, Alan Alda and Amy Ryan. Minions (2D) [U] 90 mins  The story of the Minions begins at the dawn of time. Starting as single-celled yellow organisms, Minions evolve through the ages, perpetually serving the most despicable of masters. But one Minion named Kevin has a plan, and he – alongside teenage rebel Stuart and lovable little Bob – ventures out into the world to find a new evil boss for his brethren to follow. With the voices of Sandra Bullock, Jon Hamm, Michael Keaton, Jennifer Saunders and Steve Coogan.

La Traviata LIVE: Thursday February 4 at 6:45pm  La Traviata is regarded as one of Verdi’s finest operas, and Richard Eyre’s traditional staging, is one of The Royal Opera’s most popular productions. The opera tells the story of the Parisian courtesan Violetta Valéry, one of opera’s greatest heroines, based on the real-life courtesan Marie Duplessis, who died in 1847 aged just 23. Starring Venera Gimadieva, Saimir Pirgu and Luca Salsi.

Jonas Kauffman: an evening with Puccini Thursday  February 11 at 8:15pm  On June 14, Jonas Kaufmann walked onto the stage of La Scala Milan for one of the most highly anticipated performances of 2015. After five encores and forty minutes of applause, audiences were still left wanting more. The legendary concert is now available for the world to enjoy with this new film featuring Kaufmann’s breath-taking recital, including one of the most popular opera arias ever written, `Nessum Dorma`, and a revealing introduction to Puccini narrated by Kaufmann and including rare archive footage.

Film Quiz   Wednesday February 17 at 7:30pm in the Silver Room at Kino Rye.  £6.50 entry per person which includes a light supper prepared by our excellent catering team. Teams of maximum 4 people. The prize for each member of the winning team is a cinema ticket, a main course from our Kino Rye menu and a drink. Booking in advance only – online, by phone or in person. Seats are limited, so book early!

As you Like it  LIVE: Thursday February 25 at 7pm  Shakespeare’s glorious comedy of love and change comes to the National Theatre for the first time in over 30 years, with Rosalie Craig as Rosalind. With her father the Duke banished and in exile, Rosalind and her cousin Celia leave their lives in the court behind them and journey into the Forest of Arden. There, released from convention, Rosalind experiences the liberating rush of transformation. Disguising herself as a boy, she embraces a different way of living and falls spectacularly in love. Directed by Polly Findlay.