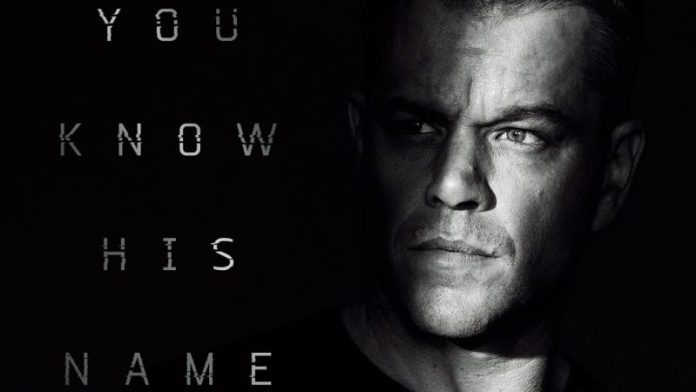 Movies showing at the Kino from Friday July 29:

Jason Bourne [12A] 123 mins   Years after the events of The Bourne Ultimatum, former CIA assassin Jason Bourne resurfaces just as his former employers are implementing a new programme aimed at hunting him down. Now fully recovered from his amnesia, Bourne teams up with Nicky Parsons to uncover the ultimate truth about his past and his family while simultaneously exacting revenge and eluding capture by the government forces hot on his trail. Paul Greengrass returns to helm this sequel, with Matt Damon in the starring role with Tommy Lee Jones, Julia Styles, Alicia Vikander, Riz Ahmed and Vincent Cassel.

The BFG (2D) & (3D) [PG] 117 mins   The BFG is the exciting tale of a young London girl named Sophie and the mysterious giant who introduces her to the wonders and perils of Giant Country. Naturally scared at first, Sophie soon realises that the 24-foot behemoth is actually quite gentle and charming. But as their friendship grows, her presence attracts the unwanted attention of the other not-so-friendly giants. Travelling to London, Sophie and the BFG must convince Queen Victoria to help them get rid of all the bad giants once and for all. Based on the beloved novel by Roald Dahl, directed by Steven Spielberg with a score by John Williams and starring Mark Rylance, Rebecca Hall, Bill Hader, Penelope Wilton and Ruby Barnhill

Further events at Kino include the following :

Beatrice et Benedict  LIVE: Tuesday August 9 at 6:30pm A rarely performed sparkling gem, Beatrice et Benedict will have its fully staged Glyndebourne debut in a new production directed by Laurent Pelly. Inspired by Shakespeare’s Much Ado About Nothing,it is an impassioned love letter to the Bard and makes a perfect addition to 2016’s Shakespeare 400 anniversary celebrations. This is the first ever fully staged version of the opera at Glyndebourne, as it has only previously been performed as a concert piece. French mezzo soprano Stéphanie d’Oustrac plays Béatrice opposite the US tenor Paul Appleby.

The Deep Blue Sea   LIVE: Thursday 1st September at 7.00pm  Helen McCrory returns to the National Theatre in Terence Rattigan’s devastating masterpiece, playing one of the greatest female roles in contemporary drama. When Hester Collyer is found by her neighbours in the aftermath of a failed suicide attempt, the story of her tempestuous affair with a former RAF pilot and the breakdown of her marriage to a High Court judge begins to emerge. With it comes a portrait of need, loneliness and long-repressed passion. Behind the fragile veneer of post-war civility burns a brutal sense of loss and longing. Tom Burke also features in Carrie Cracknell’s critically acclaimed new production.

Turandot from Sydney Harbour   Screening for one night only in cinemas across the UK on Thursday September 15. Don’t miss this incredible opera event with lavish sets, extraordinary costumes and a spectacular firework display from Sydney’s beautiful harbour. When the heroic high notes of ‘Nessun Dorma’ ring out, your soul stirs. It’s impossible to resist – the climax of an exotic adventure, captured perfectly in music. Set against the magnificent backdrop of the Sydney Opera House, Puccini’s Turandot recounts the Chinese fable of the beautiful and powerful Princess Turandot.

The Beatles Live Event: Eight Days a Week  Screening live at Kino Rye on Thursday September15 at 6pm  We are delighted to be screening the highly anticipated documentary feature film about The Beatles’ phenomenal early career with a World Premiere in London’s Leicester Square, a star-studded red carpet event which will be live streamed to Kino Rye. Directed by Oscar-winner Ron Howard, this is the not-to-missed story of the band’s exceptional touring years – an intimate portrait of the band, and a behind-the-scenes look at The Beatles on tour. Exploring the effect it had on their relationships, as well as their musical evolution, and looking at how they transformed the world of music, the film features interviews, unheard music and exclusive concert footage from the biggest band of all time.

Cymbeline  LIVE: Wednesday September 28 at 7pm  Screening Live from Stratford-upon-Avon, Shakespeare’s rarely performed tragicomic romance is directed by Melly Still who designed Tales from Ovid and Midnight’s Children for the RSC. Melly directs Gillian Bevan in the role of Cymbeline, the first woman to take on the role for the RSC, and Bethan Cullinane as Innogen. Cymbeline is Shakespeare’s coming of age tragicomic romance. A story of power, sexuality and identity – stunningly retold for the 21st century.  Running time approximately 210 minutes including an interval.