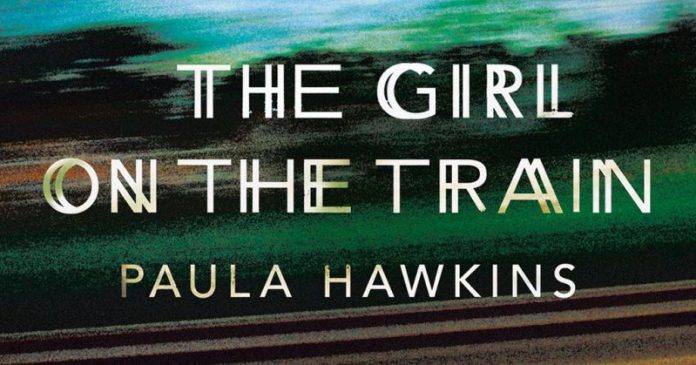 Films showing at the Kino from Friday September 30 include :

The Girl on the Train [15] 112 mins    Based on Paula Hawkins’ bestselling novel and starring Emily Blunt, Rebecca Ferguson, Justin Theroux, Haley Bennett, Luke Evans and Edgar Ramirez. Rachel is devastated by her recent divorce and spends her daily commute fantasising about the seemingly perfect couple who live in a house that her train passes every day, until one morning she sees something shocking happen there and becomes entangled in the mystery that unfolds.

Hell or High Water [15] 102 mins  Starring Jeff Bridges, Chris Pine and Ben Foster, this is a tense, riveting and critically-acclaimed crime thriller from the screenwriter of Sicario and the celebrated director of Starred Up, with a score by Nick Cave and Warren Ellis. Two brothers resort to a calculated bank robbery spree that puts them on a collision course with a veteran Texas Ranger determined to take them down.

Bridget Jones’s Baby [15] 123 mins   Oscar winners Renée Zellweger and Colin Firth are joined by Patrick Dempsey for the next chapter of the world’s favourite singleton in Bridget Jones’s Baby. After breaking up with Mark Darcy, Bridget Jones’s “happily ever after” hasn’t quite gone according to plan. Fortysomething and single again, she decides to focus on her job and surround herself with friends. For once, Bridget has everything completely under control. What could possibly go wrong? When her love life takes a turn and Bridget meets a dashing American named Jack she finds herself pregnant, but with one hitch… she can only be fifty percent sure of the identity of her baby’s father. Directed by Sharon Maguire (Bridget Jones’s Diary) and also starring Shirley Henderson, Emma Thompson, Jim Broadbent, Celia Imrie and Gemma Jones.

The Beatles: Eight Days a Week [12A] 100 mins   By the time The Beatles quit touring in August of 1966, they had performed 166 concerts in 15 countries and 90 cities around the world. The cultural phenomenon their touring helped create, known as “Beatlemania,” was something the world had never seen before and, arguably, hasn’t since. Ron Howard’s not-to-be-missed story of the band’s exceptional touring years is an intimate portrait of the band and a behind-the-scenes look at The Beatles on tour. Exploring the effect it had on their relationships, as well as their musical evolution, and looking at how they transformed the world of music, the film features interviews, unheard music and exclusive concert footage from the biggest band of all time.

Nine Lives [PG] 85 mins  Tom Brand (Kevin Spacey) is a workaholic billionaire. His daughter Rebecca wants a cat for her birthday. Tom hates cats, but he is without a present and time is running out. His GPS directs him to a mystical pet store brimming with odd and exotic cats and he buys Mr. Fuzzypants. But en-route to his daughter’s party, Tom has a terrible accident and when he regains consciousness he discovers that somehow, he has become trapped inside the body of Mr Fuzzypants. Adopted by his own family, he begins to see his family and his life through a new and unexpected perspective.

King Lear LIVE: Wednesday October 12 at 7pm  King Lear has ruled for many years. As age begins to overtake him, he decides to divide his kingdom amongst his children, living out his days without the burden of power. A proud man, he allows vanity to cloud his judgment, believing that he can relinquish the crown, but enjoy the same authority and respect he has always known. Misjudging his children’s loyalty, he soon finds himself stripped of all the trappings of state, wealth and power he had taken for granted. Alone in the wilderness, he is left to confront the mistakes of a life that has brought him to this point. Starring Antony Sher, Paapa Essiedou, Nia Gwynne, Natalie Simpson and Graham Turner.

Miss Saigon: 25th Anniversary Gala Performance [15]   Sunday October 16 at 7:30pm  Miss Saigon has been a huge audience favourite since it first hit the UK stage and with songs by Schonberg & Boublil (Les Miserables) it has had two very successful West End runs, a barnstorming Broadway outing, plus a sell-out UK regional tour back in 2004. This spectacular sell-out 25th Anniversary Gala Performance of the global stage sensation features many of the original cast (including Olivier & Tony Award winners Jonathan Pryce and Lea Salonga) who are returning to the stage to celebrate the long-running musical hit.

Cosi Fan Tutti LIVE: Monday October 17 at 6:30pm  How much do you love your partner? How much do you trust them? And can they trust you? Mozart’s classic opera Così Fan Tutte puts two pairs of lovers to the test – with great music but distinctly unexpected results. For this new production, director Jan Philipp Gloger creates a richly theatrical world as the playground for this quirky comedy, where two men try to woo each other’s partners for a bet. This lively, youthful and imaginative take on one of the world’s best-loved operas is conducted by Semyon Bychkov and stars Daniel Behle, Alessio Arduini, Johannes Martin Kränzle, Corinne Winters, Angela Brower and Sabina Puértolas.

Anastasia LIVE: Wednesday November 2 at:7.15pm Anastasia is a ballet about one of the great historical mysteries of the 20th century, only recently solved. At the height of the Russian Revolution the royal family were executed, but afterwards a young woman appeared – apparently a surviving royal princess, the Grand Duchess Anastasia couldn’t remember her past. One of Kenneth MacMillan‘s first creations on becoming Director of The Royal Ballet in 1970, Anastasia is a dramatic and haunting exploration of Anna’s nightmare of memory and identity. Starring Natalia Osipova, Marianella Nunez and Federico Bonelli.