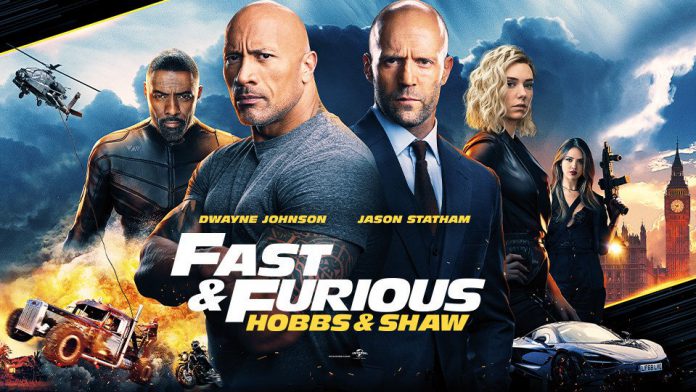 Films showing from Friday August 2 at the Kino:

Fast & Furious: Hobbs & Shaw (12A) 136 mins
Ever since hulking lawman Hobbs, a loyal agent of America’s Diplomatic Security Service, and lawless outcast Shaw, a former British military elite operative, first faced off in 2015’s Furious 7, the duo have swapped smack talk and body blows as they’ve tried to take each other down. But when cyber-genetically enhanced anarchist Brixton gains control of an insidious bio-threat that could alter humanity forever – and bests a brilliant and fearless rogue MI6 agent, who just happens to be Shaw’s sister – these two sworn enemies will have to partner up to bring down the only guy who might be badder than themselves. Directed by David Leitch and starring Dwayne Johnson, Jason Statham, Vanessa Kirby, Eiza González, Idris Elba and Helen Mirren.

Pavarotti (12A) 114 mins
From the filmmaking team behind the highly-acclaimed documentary The Beatles: Eight Days A Week, Pavarotti is the riveting film that lifts the curtain on the icon who brought opera to the people. Luciano Pavarotti gave his life to the music and a voice to the world. Academy Award winner Ron Howard puts audiences front row centre for an exploration of The Voice…The Man…The Legend with a film that features history-making performances and intimate interviews, never-before-seen footage and cutting-edge Dolby Atmos technology.

Toy Story 4 (U) 100 mins
Woody has always been confident about his place in the world, and that his priority is taking care of his kid, whether that’s Andy or Bonnie. So when Bonnie’s beloved new craft-project-turned-toy, Forky, declares himself as “trash” and not a toy, Woody takes it upon himself to show Forky why he should embrace being a toy. With the voices of Tom Hanks, Tony Hale, Tim Allen, Keanu Reeves, Joan Cusack, Christina Hendricks and Annie Potts.