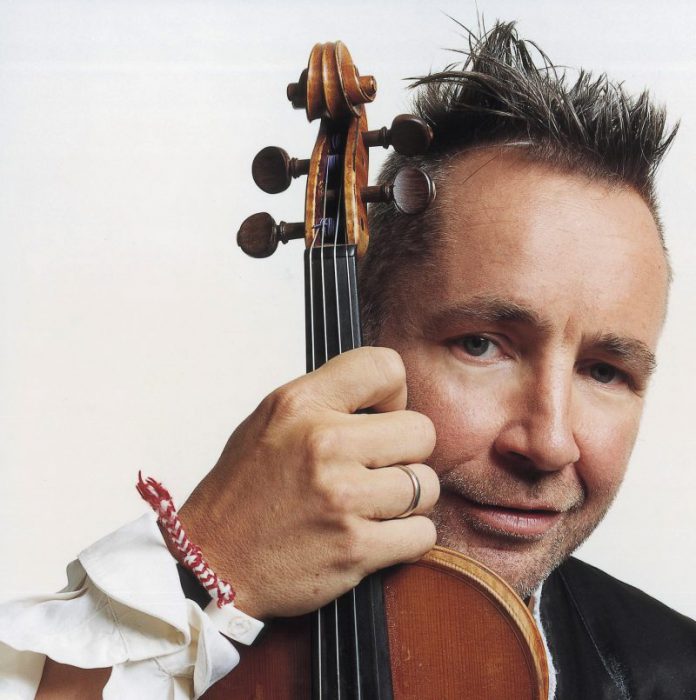 Rye International Jazz & Blues Festival, is delighted to announce that the world’s best-selling classical violinist of all time, Nigel Kennedy will be performing on Thursday, May 25, as part of the special spring series of concerts in Rye.

Kennedy has sold millions of albums across the world, performed to sell-out audiences at international concert halls, and continues to embrace new and challenging musical visions. He will perform at the stunning and intimate setting of St Mary’s Church, as part of his European tour, which included two sold-out concerts at both the Birmingham Symphony Hall, and the Royal Albert Hall in mid-March.

“Bach Meets My World” will be an exhilarating evening with a programme packed full of Nigel’s favourite, and most celebrated Bach compositions, combined with the music from his acclaimed and stunning new album My World.

Also expect the unexpected, with additional repertoire including pieces from Stéphane Grappelli, and Jimi Hendrix.

This will be an incredible music experience, if you have never seen Nigel in concert before, and for those that have, you can expect the most exceptional evening of amazing music. The word genius is so often overused, but in the case of Kennedy, there is no denying that he is wholly deserving of being credited with this title.

Rye Jazz Festival Director, Ian Bowden, said: “Having had the pleasure of presenting Nigel in concert in November 2016 in Brighton, I was completely overwhelmed by his music ability, and his charismatic, fun and warm interaction with his audience – we are in for a real treat come May 25.”

Kennedy was born into a musical family, nurtured by a musical community and propelled to international superstardom. He singled-handedly paved the way for a new generation of artists, who have enjoyed success both in the classical field and in the mainstream. His virtuoso technique, unique talent and mass appeal have brought fresh perspectives to both the classical and contemporary repertoire. Pushing at the boundaries that might constrain others, he has continued to pioneer new sounds and new methods of performance.

The festival’s gratitude is extended to our event partners of this event, Future Climate info, and a special VIP package is also available for the evening concerts. Why not treat someone special, or get a group of friends together for what will be an unforgettable evening?

The May series also includes two other world-class concerts, with the highly acclaimed American jazz singer and Grammy-nominated Stacey Kent, performing with her outstanding band, on Friday May 26.

Stacey, who will be performing songs from her latest album, Tenderly, is one of the most respected singers of her generation and this event is kindly partnered by Spectrum Independent Advice in Battle.

A stunning double bill of contemporary, jazz and soul-inspired music, takes place on Saturday, May 27, with two of the most talented singers, Sarah Jane Morris, and Liane Carroll, both of whom have strong connections to Hastings.

Joining Sarah Jane will be the award-winning Italian guitarist Antonio Forcione, and they will be playing songs from their new collaborative album Compared To What, released in Autumn 2016.

This concert is kindly partnered by StoneRock Dental Care in Hawkhurst.

To book tickets and to find out more information, please go to www.ryejazz.com