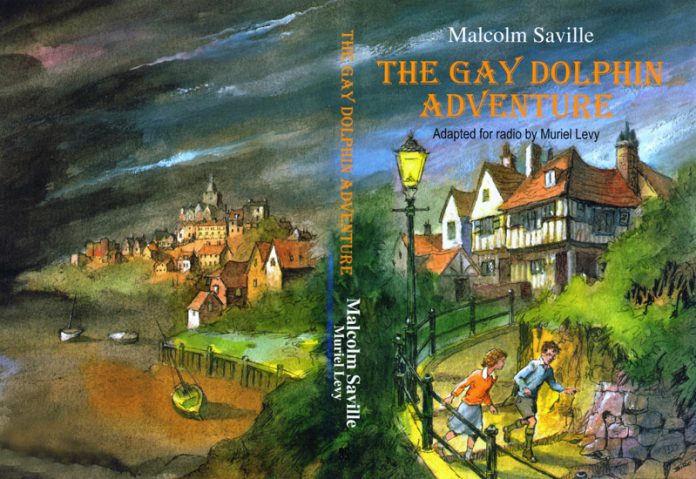 Rye’s Hope Anchor hotel inspired the location and The Mermaid Inn the architecture for two of the most popular and best selling of Malcolm Saville’s Lone Pine series for children: The Gay Dolphin Adventure and Rye Royal. Millions of children have read all 20 of the series and gone on to join Lone Pine clubs.

Just as remarkable is the fact that more than 1,000 of them, as grown-ups, belong to the Malcolm Saville Society, which at the end of last year held yet another event in Rye: a Rye Fawkes weekend. The society’s frequent events always feature walks to the real locations in the stories, including Devon and Shropshire as well as around Rye. Included this time were Camber Castle and a Winchelsea circular walk.

The following four stories, set in and around Rye, have gone through many editions and reprints, with a variety of publishers.

The Gay Dolphin Adventure, 1945. This remains the most popular and best selling of the entire series. it was serialised on BBC Children’s Hour. It begins with Jon and his cousin Penny coming to the Gay Dolphin (Hope Anchor) Hotel in Rye, which Jon’s widowed mother will now run. Ingredients are a secret smugglers’ room with an ancient map, clues to treasure, an odd lady artist and a sinister hotel manager. A visiting family includes smart young twins who join forces with the other children to explore a secret passage, share a lucky escape from a savage storm at Winchelsea Beach and help solve the various mysteries. Rye Royal, 1969. Jon and Penny’s friends the Mortons come to Rye to stay with elderly Mrs Flowerdew who lives next to the Gay Dolphin Hotel. There is a secret, a disappearance, an antiquarian bookseller who is not what he at first seems. The Lone Piners rescue the impoverished widow from her evil captors and find an important treasure for her.

The Elusive Grasshopper, 1951. Wicked Miss Ballinger and “Slinky” Grandon are working together again and an adult friend of the Lone Piners is found unconscious in a deserted school house with a crude illustration of a grasshopper. The boys rescue their friend and the girls discover the secret of the Bogus Bird Watcher, while the youngest, the twins, discover the secret of the elusive grasshopper.

Treasure at Amorys, 1964. Amorys is a farmhouse on the Isle of Oxney where Roman artefacts have been found. The old enemy Miss Ballinger must be outwitted once again and there are discoveries — a Roman Mithraic temple, for example.

There is much more information on the Malcolm Saville Society website and in Mark O’Hanlon’s The Complete Lone Pine, 2nd ed. 2005.

Next time: The Romney Marsh books of Monica Edwards