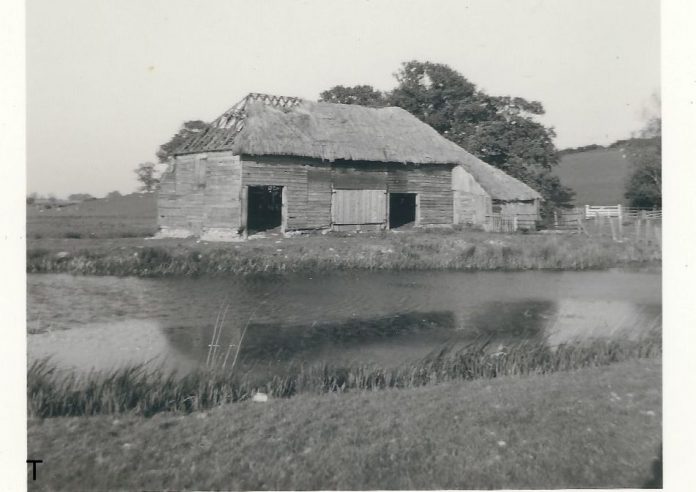 You may have noticed that Rye News sometimes includes adverts which we think may of interest to our readers.  The small amount of commission raised from these ads helps support our work.

There is one particular advert which has attracted a huge amount of attention – the DVD of The Quiet Woman, set in Rye Harbour in 1951 which is a wonderful cinematic record of how Rye Harbour looked almost 70 years ago. The film was also featured in an article two years ago.

With hundreds of clicks and many copies purchased, we noted that readers are obviously interested in films located in Rye.  The Rye News team was asked for suggestions for other films and as always in Rye, there are stories waiting to be told.

Christopher Strangeways has a distant memory of the film Dr Syn and The Scarecrow of Romney Marsh because the location for the hideout was on Bosney Farm in Iden where he lives.

The original Dr Syn books by Russell Thorndike described the adventures of a ruthless pirate who attempted to retire under the protection of his patron as vicar of Dymchurch. However he became the leader of a smuggling gang and generally outwitted the Customs officers and the Dragoons thanks to his cunning and really very frightening scarecrow disguise.  Christopher says:

“Bosney Farm was where we spent our summer holidays. The farm belonged to Miss Mary Reid – my great aunt. These memories are fairly distant now. The film was released in 1963 so the events described probably took place in 1962 when I was 11”.

“The reason I remember the filming? The hideout was a barn close to the river Rother and in a beautiful location called ‘Thornsdale’ next to a large pond. The pond is still there but nothing remains of the barn except some foundation. Walt Disney productions repaired the barn, painting it and adding a pair of large doors. They also constructed a new white fence on one of the sloping fields for the horses to leap on their way to the barn. My 11 year old memory is of quite enormous horses trotting along Grove Lane. Miss Reid had a Director’s chair on the set with her name on the back so she would watch the filming. At that time there were no pylons on the marsh to spoil the view”.

“Dr Syn was played by Patrick McGoohan and the rest of the cast includes Patrick Wymark, George Cole and Michael Hordern. The film is still quite scary and well worth watching.”

The film  Dr Syn and the Scarecrow of Romney Marsh is now described as a rare classic movie.  It’s currently unavailable on Amazon but may be available on classic film sites.

Some suggestions from the Rye News team include The Monuments Men when there was great excitement when George Clooney and Matt Damon stayed at The George Hotel.

Horatio Hornblower RN, “an old movie starring Gregory Peck and Virginia Mayo had a scene shot in Rye…he was walking up the cobbled street to his home”.

And of course Mapp & Lucia.  See a local’s view

If you have any memories of films set in Rye please share the with us.