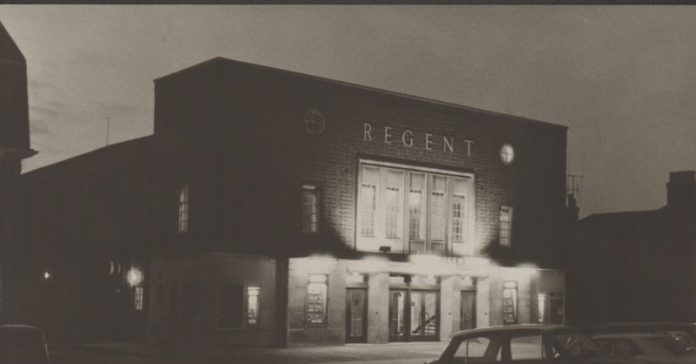 Rye Film Club has returned after a short break and will be concentrating on showing classic films and foreign language productions starting with a modern Polish classic in November.  As was the case before, films will be shown at theRye Community Centre on the first Friday of each month. Tickets are £5 on the door. They follow up on the Polish film in November with a classic of a different kind – a Christmas one – and with the strong smell of mince pies in the air the organisers look forward to seeing you there supporting your local Film Club.

Friday, November 4,  Ida (2013 – 82 minutes) Polish dialogue with English sub-titles.  Set in 1960s Poland this is the story of Anna, a young orphan brought up by nuns in a convent, and who is about to take her vows as a nun herself. Before doing so she meets Wanda, her only living relative and discovers a dark family secret dating back to the years of the German occupation. They set out on a journey to uncover their past which leads Anna to question all that she has been brought up to believe in. With Agata Trzebuchowska as Anna in a film which won both Best Foreign Language film Oscar and BAFTA in 2015. (7pm start, doors open 6:30pm)

Friday, December 2 – Miracle on 34th Street  (1947 – 96 minutes)  Celebrate Christmas early this year with an absolute classic. Winner of three Oscars it stars Maureen O’Hara and John Payne and with Edmund Gwenn as a kindly old man who claims to be Santa Claus. He is predictably institutionalised as insane until a young lawyer decides to defend him in court. The film also stars a young Natalie Wood. Not to be missed. (7pm start, doors open 6:30pm)

Friday, January 6, 2017 – Love & Friendship  (2016 – 92 minutes)  With a story from the pen of Jane Austen, this stylish period drama is based on the novella Lady Susan. It stars Kate Beckinsale as Lady Susan Vernon, a widow, who has come to stay at the estate of her in-laws to wait for rumours of her dalliances circulating in polite society, to die down. Whilst there she decides to secure husbands for herself and for her reluctant debutante daughter, Frederica.  (7pm start, doors open 6:30pm)