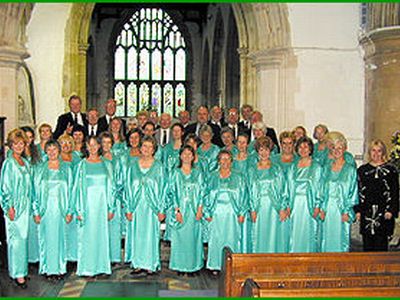 Considering there were several other events happening nearby on Sunday afternoon December 6, in Lamb House (with Christmas entertainment from Lamb Players) in West Street and St Mary’s Church (the Lights of Love service with St Michael’s Hospice) at the top of  Lion Street, Rye Singers had a good number of people who came to the Methodist Church near the Gun Garden to listen to the performance of Handel’s Messiah.

Judging from the feedback from the audience, including friends who supported me as I am a tenor in the choir, it seems that we did well, and they enjoyed the soloists and our rendition of this exciting piece.

Rye Singers started in about 1971 and was set up by Lesley Brownbill. Initially it only included women in the choir. In 1978 men were encouraged to join, which allowed the repertoire to be extended. I am very glad this decision was made as, though female, because I sing a male tenor voice I might not have been able to participate in performing this wonderful music. It is hard graft practicing for performances, but well worth it.

Rye Singers will, as every year, be part of the candle lit carol service in the beautiful St Mary’s Church  in East Guldeford just outside Rye, opposite Salts Farm on the edge of the Marsh, on Sunday December 20. It will start at 2:30pm , but I would suggest an early arrival as it is very popular and dress warmly as there is no electricity to heat the space.

The brick church, built by Sir Richard de Guldeford in 1505 and including an 18th century double decker pulpit and a painted 19th century frieze of angels, is one of the medieval churches which dot Romney Marsh.

Hope you can make it.