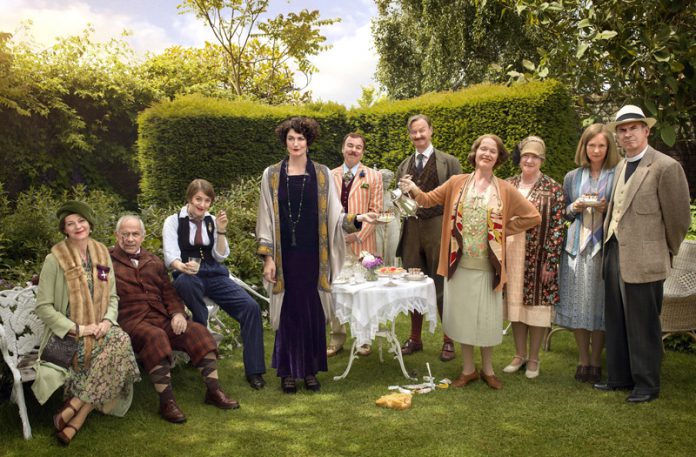 If the ratings for Mapp and Lucia are high enough, there’s a chance film crews will be returning to Rye.  Geoff Boudreau of Grammar School Records in the High Street had a conversation with the producer Susie Liggat who lives in Hastings. Liggat told Boudreau: “If the ratings for the first series are sufficiently good, they hope to be commissioned by the BBC for a second series in 2015.”

Anna Chancellor as Lucia and Miranda Richardson as Miss Mapp seem to have achieved the impossible and thwarted anyone who declared they could never surpass a previous version of EF Benson’s novels starring Geraldine McEwan and Prunella Scales. They appear to have done just that – and it’s not only the actors who performed superbly. Rye itself almost stole the show. Director Diarmuid Lawrence acknowledged at a preview showing how lucky the film crew had been with the weather, with constant sunshine showing the town in its best light. Indeed, he predicted that the series “will probably add 10 per cent to the value of properties”.

Several national TV reviewers would seem to agree that Tilling and its petty squabbles deserve a return visit. Julia Raeside in The Guardian was left “champing at the bit for more. More of Chancellor and Richardson’s beautifully tart one-upwomanship. More of the distractingly pretty Rye, its cobbles so perfectly suited to thwarting Mapp’s ungainly progress in low heels when trying to spy on her rival.”

Christopher Stevens in the Daily Mail gave the series five stars and said that “for those with an arch sense of humour . . . it was an hour of unadulterated joy . . . not only was the cast superb, but it was a sumptuous production that made Tilling in 1930 look glorious”.

Michael Pilgrim in The Telegraph compared the domestic rivalry to “Hyacinth Bucket with napalm, daggers drawn over cucumber sandwiches and Assam”.  He felt that “Richardson and Chancellor were spot on. Chancellor’s sub-zero smile would have repelled a hungry puma. Richardson’s gritted teeth took on a life of their own as she suffered slight after slight at the hands of her crimson-lipped assassin.”

Neela Debnath gave the series a somewhat cooler reception in The Independent, suggesting that “with some sharper putdowns . . . this comedy could win more hearts and minds” – at the same time conceding that the writer and co-star Steve Pemberton “hasn’t done a bad job giving EF Benson’s work a new lease of life”.

And, if you missed the show or want a happy reminder, see some clips from Telly addict Andrew Collins in the Guardian, where he calls the production “sparkling”.

So maybe it will not be goodbye to Miss Mapp and Miss Emmeline (Lucia) Lucas but just “au reservoir” as they would say in Tilling.