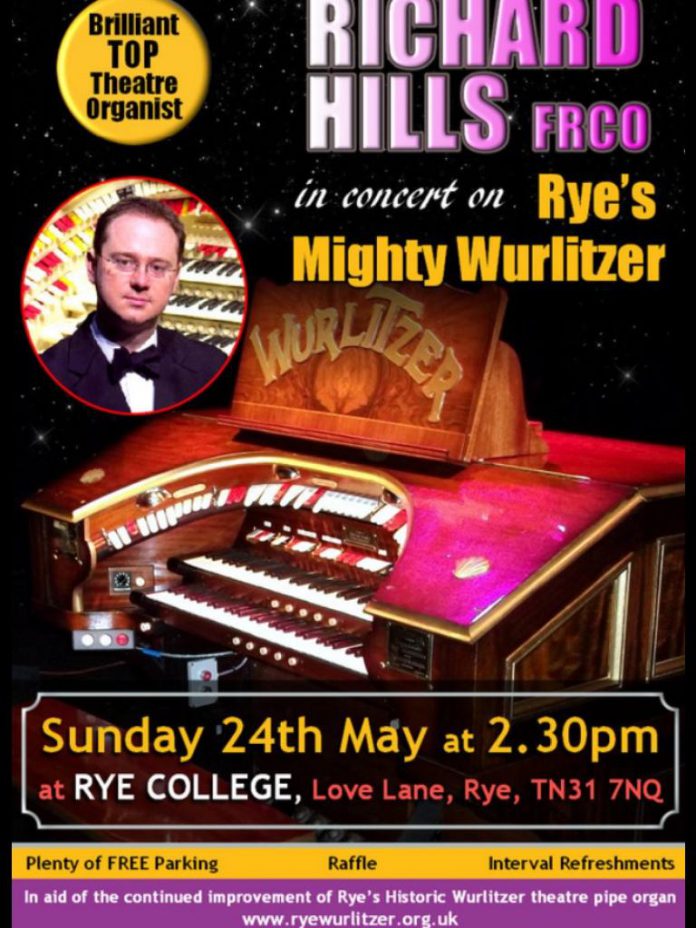 One of the world’s finest theatre organists, Richard Hills, is set to entertain on Rye’s historic Wurlitzer theatre organ this Sunday (May 24) at Rye College, writes Glen Twamley. Hills trained as an organist at Rochester Cathedral before becoming an organ scholar at Exeter University and then moving on to posts in Portsmouth Cathedral and Westminster Abbey where he gained a Fellowship to the Royal College of Organists. His career in the theatre organ world has been equally prestigious as he has numerous prizes and awards to his name both in the UK and the USA.

In 2010 Richard was named “Theatre Organist of the Year” by the American Theatre Organ Society and he has appeared many times on television and on the radio. The concert in Rye is one not to be missed and will include marches, waltzes, songs from the shows, and many other old favourites. It starts at 2:30pm on Sunday at Rye College, Love Lane, Rye. Doors open at 1:30pm and tickets are available on the door. All proceeds from this event will go towards the continued improvement of Rye’s historic Wurlitzer – the second oldest Wurlitzer theatre organ in the UK.