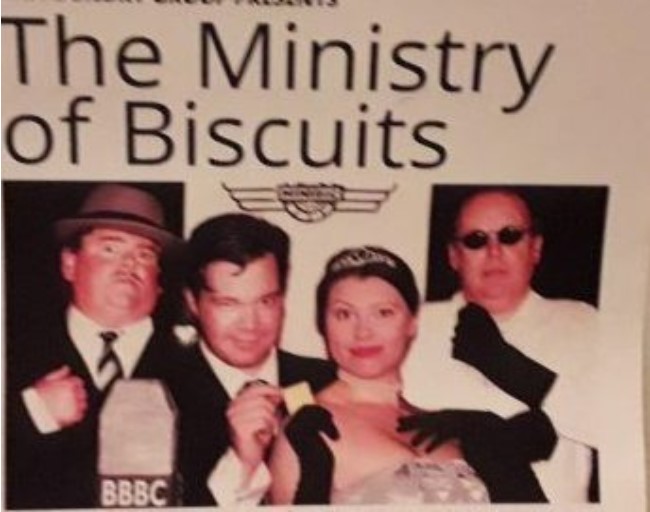 On Saturday March 3, the Foundry Group is bringing its hilarious pastiche of every wartime propaganda film and broadcast to Appledore village hall. Organisers hope it will be the first of many theatre evenings.  Inspired by 1940s’ British light music, Orwell’s 1984 and the Ealing comedies, the show, they say, is clever and infectiously tuneful for all ages. There are other events in the Appledore village hall, a quiz night, antiques fair and they are aiming to launch a film club.
The theatre Foundry Group is based in Hove and is rural touring group comprised of a band of writers and performers committed to producing affordable, popular, intelligent touring shows with a broad appeal. . Ashford Borough Council have sponsored this performance. To find out more about the show contact Vicki Self on 01233 758078. Tickets can be bought at the Appledore village shop. Further details of the Foundry Group, together with excerpts from some of their productions, can be found here .