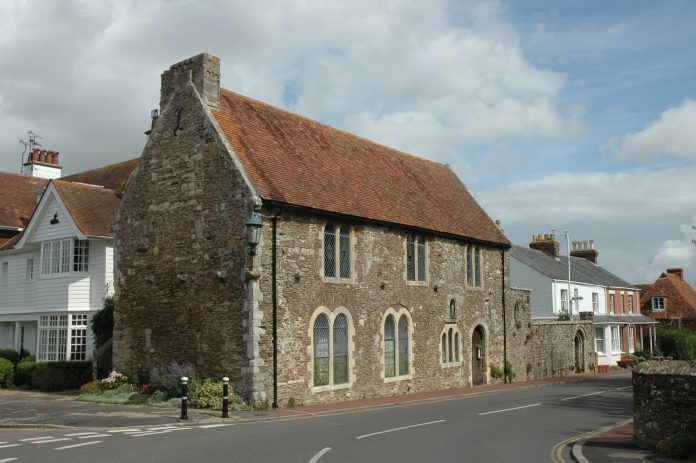 For some households in the Ancient Town of Winchelsea, autumn is heralded, not so much by mists and mellow fruitfulness, as a knock at the door. Lo and behold, there stands a gentleman with the grand title of “Chamberlain to the Corporation” calling to collect what is known as “The Queen’s Due”. In my case, I am asked for the princely sum of £1 and 6 pence towards a grand total across the town of £14 11 shillings and 5 pence (which is about £14 and 57 new pence).

The collection of the Queen’s Dues by the Corporation is variously described as a quaint medieval custom or “the pointless trying to collect the worthless”. The Dues are the inflation-unadjusted remnant of the “quitrents” or ground rents paid by the burgesses of Winchelsea since 1295 to the Crown in its capacity as the body that founded New Winchelsea. The right to collect the Queen’s Dues was given to Winchelsea Corporation by Queen Elizabeth I. She had visited the town in 1573, when there were no more than 60 inhabited houses remaining.

The Mayor and Corporation dressed up in full fig to try to impress her and get a grant to dredge the silted-up harbour. Taken aback by the spectacle of civic pomp and circumstance amid the dereliction of a largely abandoned town, Good Queen Bess described Winchelsea as “Little London”. This delighted the local dignitaries, who failed to spot the intended sarcasm. No grant was forthcoming but to stop the nuisance of further petitions, in 1586, Elizabeth gave the Corporation various properties that had been seized by the Crown at the dissolution of the local monasteries (but had by then become worthless plots of land). She also transferred the Crown’s quitrents, which amounted at that time to about £22. The Corporation flogged off the land to its members in a series of deals that continued until a few years ago, but it still tries to collect the Dues.

I do not pay. It’s not so much that the Corporation is probably trying to obtain money under false pretences or even the principle of no taxation without representation! It’s more the fact that, if the collection of the Queen’s Dues is indeed such a quaint medieval custom, then why is there is no medieval theatre? I want the blue tunic with gold buttons, knee breeches, tricorn hat and silver mace, and a summons to the door, “Oyez, oyez, etc, etc”. All I am offered is an apologetic man in a brown anorak carrying a plastic wallet! It just not good enough!