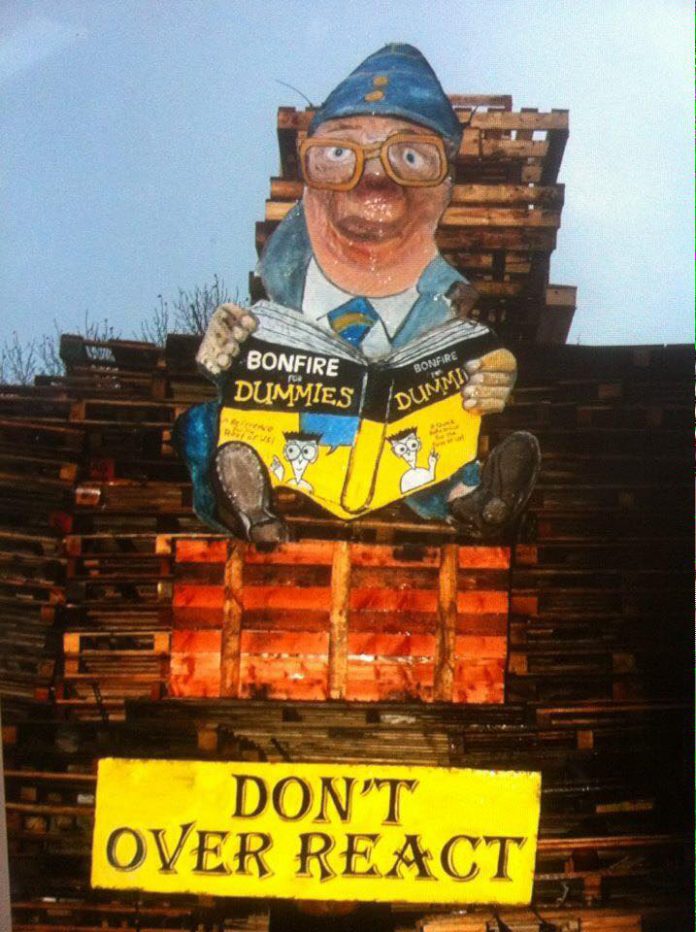 Rye Bonfire Society once again beat the weather to hold a well attended and successful event with positive comments and congratulations flooding in from far and wide, despite the ground being completely sodden the day before with standing water and high winds demolishing the pile of pallets soon after it was erected.

Despite crowds being slightly down on last year due to the inclement weather, Rye Bonfire Society’s bucket collectors raised over £4,500 towards the £10,000 which is needed each year to stage the show which is simply fantastic! This years Rye Fawkes was Jim Hollands of Rye’s Own and Rye Wheelers.

Once all the bills have been settled, Rye Bonfire Society sets aside funds to be awarded to help local groups and organisations at an award ceremony to be held in the spring.

The date for next year’s bonfire  is scheduled for Saturday November 12.

Comments such as “what a pity bonfires are not like they were traditionally, when people used to gather wood for weeks beforehand” and “it was a real community project in those days” were rebutted by drawing attention to the number of bonfires that got set alight well before the actual bonfire night.