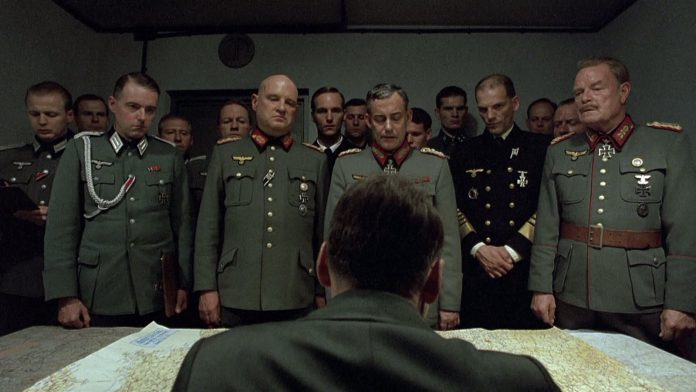 Members of Winchelsea Corporation are reported to have been angered by the appearance on YouTube of an edited version of a scene from the German film Downfall.

The 2004 movie, originally titled Der Untergang, stars Bruno Ganz as Hitler during the last 10 days in his bunker in 1945. The subtitles to the film have been edited by a person or persons unknown (under the name of Gervaise Alard, who became Winchelsea’s first mayor in 1288) to create a story in which Hitler and his generals plot an escape from Berlin to the Ancient Town of Winchelsea, where the Fuhrer is to be shoe-horned in as mayor of Winchelsea.

However, the Nazi plot is foiled by the fact that the name of the mayor of Winchelsea has been announced in advance of his “election” by other members of the Corporation. An enraged Hitler rounds on his generals, making choice observations about Winchelsea’s mayor, corporation, railway station and shops. The parody, which is called The New Mayor of Winchelsea, follows a long tradition of satirically adapting the dialogue of Downfall.

Winchelsea Corporation is the relict of the local council which ran the town until the 19th century, when it was replaced by a parish council. The Corporation was preserved as a charity in order to keep the Cinque Port Confederation going. The Corporation has about 20 members. Each year, they and not the citizens of Winchelsea, elect a mayor and corporation from among themselves. This is in contrast to Rye and other Cinque Port towns, where the mayor is a democratically-elected councillor. As the parody notes, it has become the custom for Winchelsea Corporation to announce the new mayor ahead of his  or her “election”. This year’s mayor is retired doctor John Spencer.

There was no response by the time of publication from the new mayor of Winchelsea to a request for comment, but one of the Corporation’s Freemen, Michael MacFadyean, did suggest on Facebook that the parody was “not really all that funny, but [a] good example of bad taste…[and]…jealousy”.