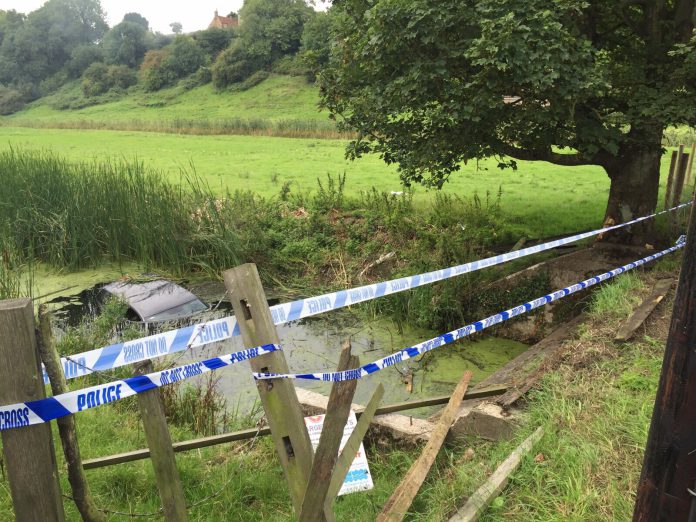 Two young men survived an incident at Winchelsea last week in which their car spun out of control, crashed through a fence and plunged off the A259(T) into the Royal Military Canal near the junction between The Strand and Sea Road. They had to escape from their sinking car and swim through bitterly cold water to get to safety.

As the crash happened at about 4:15am in the morning, no other vehicles passed, so there was no one who saw the crash or would have been able to render assistance had they been trapped. Only the roof of the car was visible in the canal. It was discovered later by a surprised farmer.

The driver and passenger made their way into Winchelsea to find a phone to call for help. They knocked at several doors before a resident heard them and answered, which was almost an hour after the crash. They were described by their Good Samaritan, who wishes to remain nameless, as wet and very, very cold. “Blankets and a cup of tea helped a little, but they were understandably shocked by their experience and perhaps the realisation of just how lucky they had been to escape with their lives”.

There have been several crashes in the last few years at the same location on the A259(T), which is on a sharp corner. According to a spokesman for Winchelsea Community Speed Watch, many vehicles come over Strand Bridge at too high a speed and can be surprised by the bend.