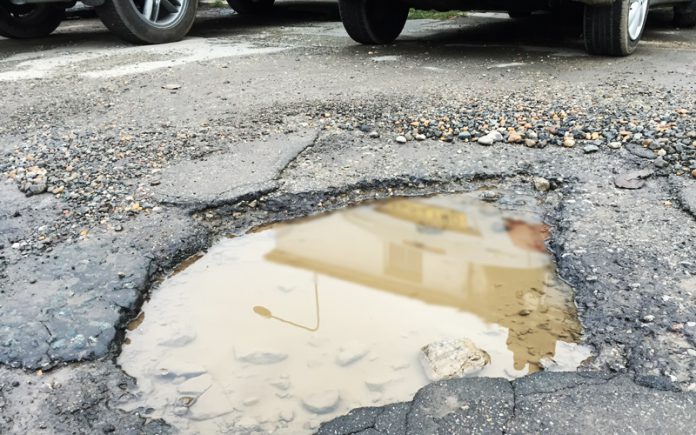 The number of potholes repaired in East Sussex increased last year – with more than 65,000 holes filled. New figures show that a total of 65,144 potholes were repaired by East Sussex County Council in 2014, including almost 25,000 in the last three months of the year. More than 900 additional potholes were fixed last year than in 2013, a year when a bitter winter took a major toll on the county’s roads.

The council’s efforts were boosted by the introduction in October of the Jetpatcher, a device that cleans out crevices with a blast of high-pressure air before filling them with a mixture of sand and bitumen. Roger Williams, the county’s head of highways, said: “New technology can help us to do more, and the Jetpatcher enabled us to repair more than twice as many potholes in the last three months of the year, with roughly the same number of road gangs and at a fraction of the cost.” With the Jetpatcher, each pothole costs £13.80 to repair, compared with £60 using traditional methods.

You can report potholes, and check if they have already been reported, online or by calling the Highways centre on 0345 6080193.