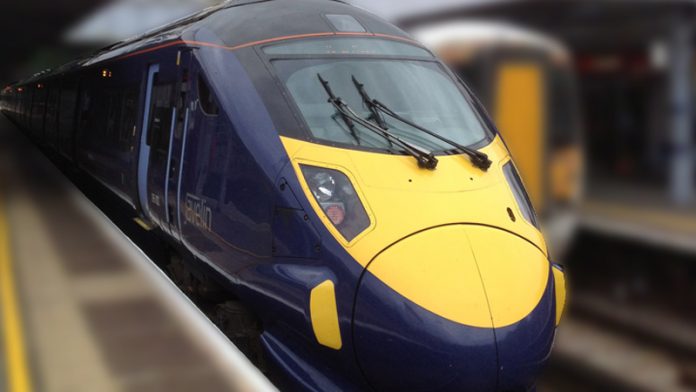 Amber Rudd, Rye’s MP who has been leading the campaign for a faster Marsh Link rail service, is now calling for the project to be moved forward by two years – from 2019 to 2017. It isn’t clear yet whether this is feasible because Network Rail usually runs its upgrade programmes over five-year control periods, with the next scheduled to start in 2019.

Josh Broadway, a member of Rudd’s staff, told Rye News: “It is absolutely Amber’s intention to bring high-speed services to Hastings and Rye as soon as possible, but clearly there exist financial and practical issues which need to be finalised. As you are aware, we have an absolute commitment from Network Rail to complete this project alongside support from the Department for Transport, local rail groups, the South East Local Enterprise Partnership, and both local and county councils.

“With regards to the proposed timeframe of these works, modelling and design work will begin in the coming months. A consultant has also been employed to make the case for the regenerative benefit of bringing high-speed services to Hastings and Rye. Currently the biggest barrier to completing these works sooner is the availability of contractors/suppliers to complete the major signalling work required, but discussions are ongoing to ascertain if an alternative contractor can be found to ensure our vision for high-speed rail is realised as soon as possible.”

At a meeting of Rye’s public services committee this month Stuart Harland, chairman of the Marsh Link Action Group, gave a presentation about the proposed electrification of the line and a new Javelin train service running directly between Bexhill and St Pancras. He said: “Despite some doubts that have been expressed in the media about the Javelin service actually stopping at Rye station Amber makes clear on her website that this is part of her vision.”

Harland emphasised that the proposals do not mean that the Marsh Link will become a high-speed line. This remains a common misconception in Rye. However, the maximum line speed should be increased from its current limit of 60mph to 90mph on parts of the track.

Both the Javelin and regular electric trains that will replace the current diesel units have a faster acceleration and braking capability that will help to improve journey times locally. At Ashford it is proposed that the line will be joined to the HS1 track, whereafter the Javelins will be able to run at speeds of up to 140mph to London.

This would bring the total journey time from Rye to London to below an hour. Other towns on the Kent coast are already served by a similar service and Harland referred the meeting to the Javelin service from Ashford to towns such as Margate as a blueprint for the service Rudd is looking to put in place.