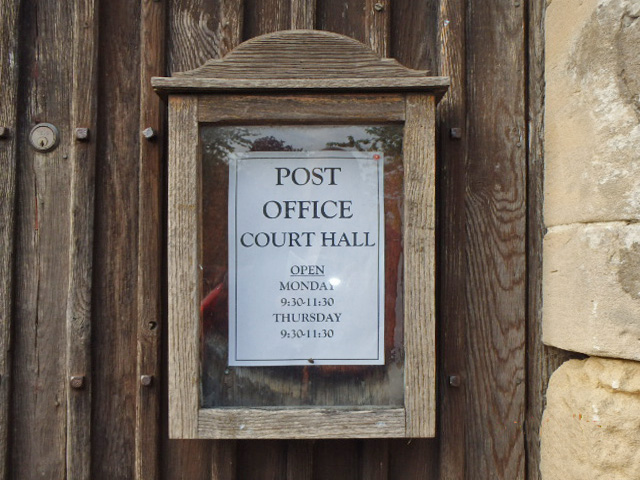 Just one day after the publication of an article in Rye News about the Winchelsea’s seemingly secret sub post office, a notice has appeared on the door of the Court Hall advertising the service and its opening hours, reports Richard Comotto. But the notice appeared to have been missed by Icklesham Parish Council, who met in the Court Hall the day after it was posted to discuss whether a sub post office should be set up in the Court Hall. None of the councillors walking past the notice noticed it.